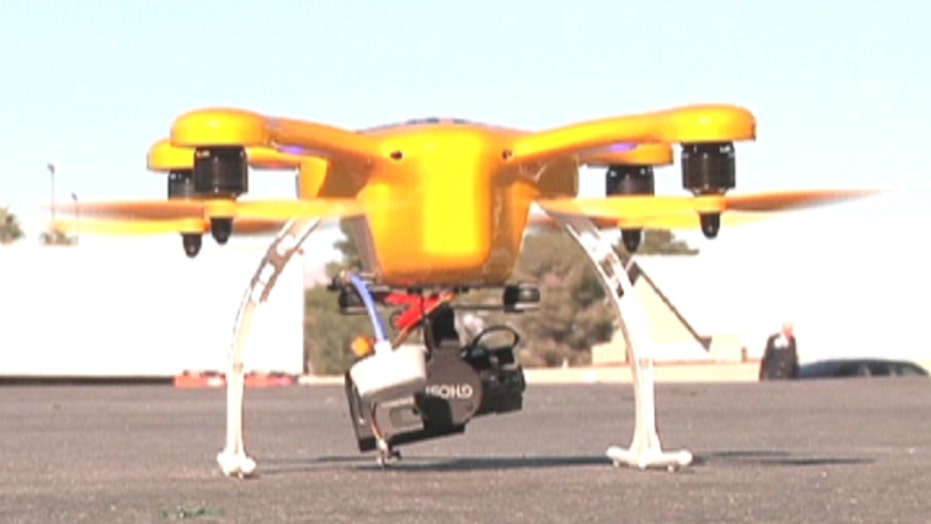 Matt Finn takes a look at how drones and unmanned systems are being used to assist in a variety of applications, from aerial coverage for sports and real estate, to assistance in search and rescue and disaster relief missions

The drone craze has swept the country and landed at the 2015 Consumer Electronics Show in Las Vegas.

“Drones and unmanned systems are being used to assist in a variety of applications, from aerial coverage for sports and real estate, to assistance in search and rescue and disaster relief missions,” CES Vice President Karen Chupka wrote in a press release.

One of the biggest trends is creating drones with lightweight cameras designed for athletes to record their performances from above.

Ehang unveiled its new Ghost drone, which can  be easily controlled by an app on your cell phone.

“The main difference between us and other competitors is that we use the mobile app to control the drone, which means it’s really easy to use,” said Kai Jiang, chief operating officer of Ehang U.S.

You can command the drones’ height, speed, and direction simply by waving the phone. Users can also pick a point on the app’s map and send the drone there and back.

The Ghost is also capable of being placed on a setting where it follows you as you move about.

The basic Ghost without a camera retails for $250. If you want the Gimbal option with GoPro support it’ll cost $600.

Perhaps even easier to use than the Ghost is the AirDog drone. It acts like a shadow and follows you from above while recording video. Users simply attach a bracelet to their hand or helmet and the AirDog will follow them.

At CES, AirDog drew crowds by demonstrating its drone hovered above a professional skateboarder performing challenging tricks on a skate ramp.

From the football and soccer field to ski slopes and skate parks—the AirDog follows the bracelet like a real dog follows it owner. It sells for over $1,295 and can be pre-ordered on www.airdog.com.