The National Enquirer paid the brother of Jeff Bezos’ mistress $200,000 for the private text messages between the two lovers that were published in January, according to a Wall Street Journal report Monday night.

Michael Sanchez, the brother of Bezos’ girlfriend Lauren Sanchez, reportedly provided the intimate communications to American Media LLC, this after months of speculation as to how the tabloid obtained messages revealing lurid details about the Amazon CEO’s alleged love affair.

The Journal's finding, attributed to people familiar with the matter, parallels the conclusion reached by private investigators working for Bezos as of early February. Those investigators reportedly found that Michael Sanchez had leaked the texts to the Enquirer, although they didn't appear to conclude who might have paid for them.

To put Sanchez' alleged six-figure payment into context, Bezos, who is worth an estimated $144 billion according to the Bloomberg Billionaires Index, makes more than $230,000 per minute.

Sanchez, a talent agent who has managed television pundits and reality show judges, denied sending “the many penis selfies” allegedly in possession of the Enquirer. He declined to comment on whether he provided any photos of the billionaire to the tabloid, the WSJ reports. 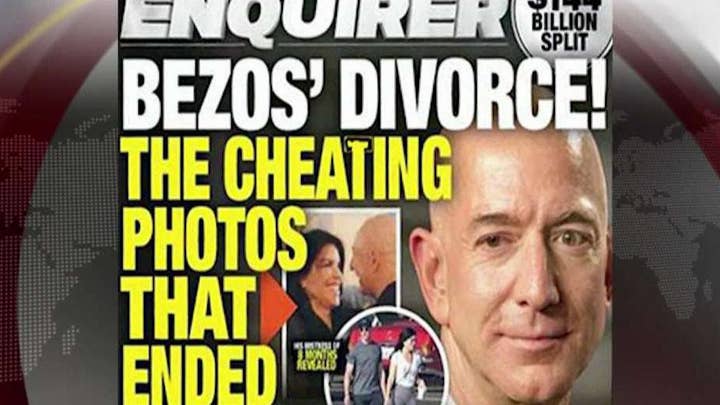 A spokesman for Bezos and Amazon declined to comment on the latest report, as did Lauren Sanchez.

Last month, Bezos accused the Enquirer’s parent company of “blackmail attempts” in a scathing blog post. The tabloid, he said, threatened to publish “intimate photos” of him, including a “below the belt selfie," if he did not end an investigation into the company and its alleged political ties.