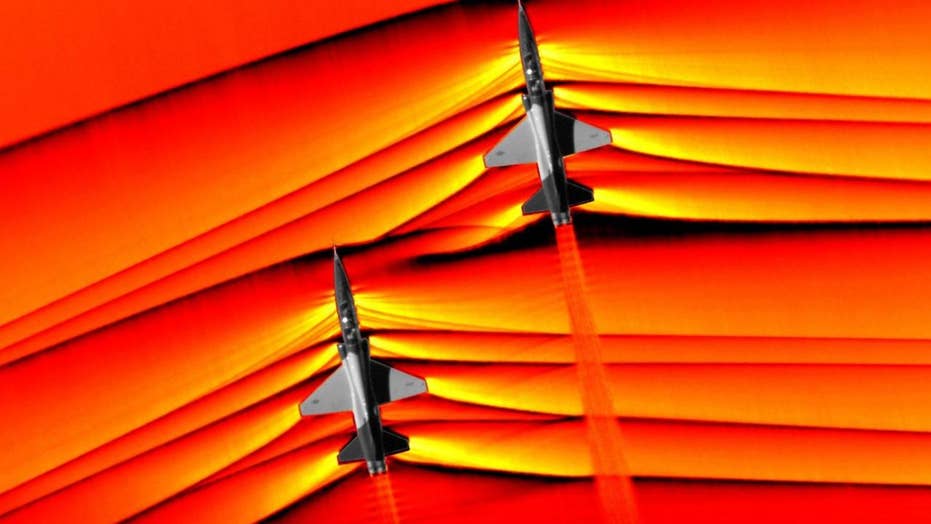 An innovative team of engineers from NASA joined up with Massachusetts Institute of Technology (MIT) grad students, among others, to improve upon the traditional airplane wing.

The researchers unveiled a concept for a redesigned wing on Monday that they believe would ultimately reduce costs and increase performance for future airplanes. Their approach was detailed in a paper published in the journal Smart Materials and Structures.

Similar in size to a wing on a single-seater plane at just over 16 feet, the revamped airplane wing is made up of hundreds of small, cube-like pieces which allows it to "change shape to control the plane’s flight," the researchers explained in a news release.

The ultralight materials are bolted together and covered with a thin polymer material, which makes up the framework for the airplane part. The researchers claim this would make the wing more energy efficient.

Benjamin Jenett, a graduate student in MIT’s Center for Bits and Atoms who helped work on the project, said the wings are optimized for each part of the flight — from takeoff to landing and everything in-between.

"A wing that is constantly deformable could provide a much better approximation of the best configuration for each stage," MIT explains in an online statement, citing Jenett. "While it would be possible to include motors and cables to produce the forces needed to deform the wings, the team has taken this a step further and designed a system that automatically responds to changes in its aerodynamic loading conditions by shifting its shape — a sort of self-adjusting, passive wing-reconfiguration process."

NASA engineer Nicholas Cramer agreed that the lighter weight wing is also more flexible, arguing it's better equipped to handle a variety of "stresses" in the sky.

“We’re able to gain efficiency by matching the shape to the loads at different angles of attack,” Cramer said in the statement. “We’re able to produce the exact same behavior you would do actively, but we did it passively.”

The researchers confirmed this new concept is an improvement on their previously tested 3-foot wing, which they built themselves. However, they believe the assembling process could be streamlined.

The wings are optimized for each part of the flight — from takeoff to landing and everything in-between, researchers say. (Eli Gershenfel/NASA Ames Research Center)

"While this version was hand-assembled by a team of graduate students, the repetitive process is designed to be easily accomplished by a swarm of small, simple autonomous assembly robots," MIT states, adding that the topic is expected to be described in full detail in an upcoming research paper.

“Now we have a manufacturing method ... the parts are cheap,” Jenett added. “We have boxes and boxes of them, all the same.”

The framework of their futuristic airplane is also much less dense compared to current builds.

“They have the same stiffness, but ours has less than roughly one-thousandth of the density,” Jenett explained.

The engineers will undoubtedly continue to make adjustments to perfect their design; however, they said the results are promising. In the journal, the researchers described how the wings fared in NASA's wind tunnel testing site.