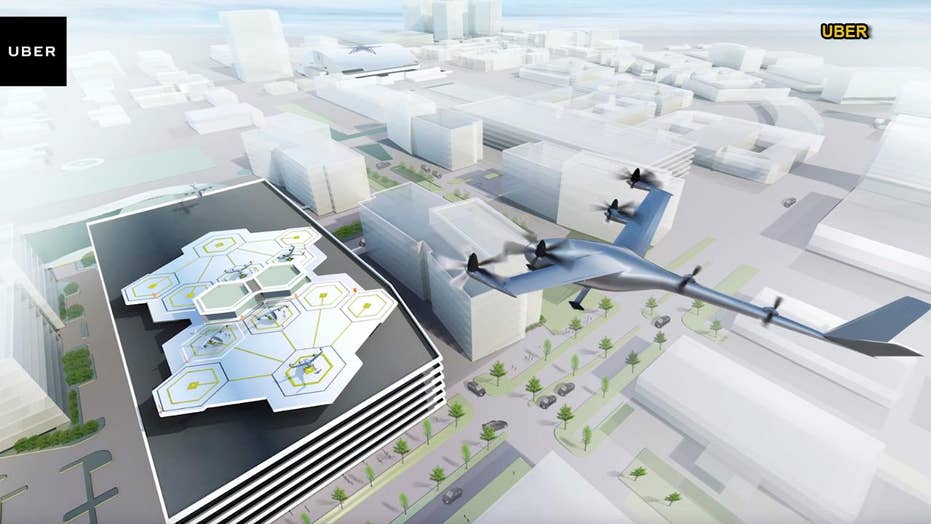 Uber's project for flying cars, known as Elevate, caused a whirlwind of attention when it was unveiled in late 2016. Now, the ride-sharing company has taken the next step in the project, teaming up with NASA to help manage the vehicles.

In a speech at the Web Summit in Lisbon, Portugal, on Wednesday, Jeff Holden, Uber's head of product, said the company would be adding Los Angeles to its list of test cities where it expects to be able to have an aerial taxi service by 2020. Also on the list are Dallas-Fort Worth and Dubai, which had been previously announced.

"Combining Uber's software engineering expertise with NASA's decades of airspace experience to tackle this is a crucial step forward for Uber Elevate," Holden said in a statement on Wednesday.

UBER'S APP CAN SECRETLY SPY ON YOUR IPHONE

As part of the deal, Uber has signed a Space Act Agreement with the government agency to work through creating an air traffic control system for regulating the vehicles. NASA has used these types of contracts in the past to work with "various partners to advance NASA mission and program objectives, including international cooperative space activities."

With the deal coming to light, Uber released a video (provided by Engadget) detailing how it expects the process will work, with a passenger booking a ride on the Uber app and being taxied off just minutes later.

In a statement to Fox News, NASA expanded upon the agreement.

"NASA’s Aeronautics Research Mission Directorate signed a generic Space Act Agreement (SAA) 10 months ago (January 2017) to allow Uber to join the multitude of industry partners that are working with the agency on its Unmanned Aerial Systems (UAS) Traffic Management (UTM) Technical Capability Level demonstrations, specifically during phase 4 of this work scheduled to begin in March 2019," the agency said. "NASA has the knowledge and the expertise to help enable the industry to open this new market safety and efficiently, however, the agency is not developing flying cars or software for Uber or any other company."