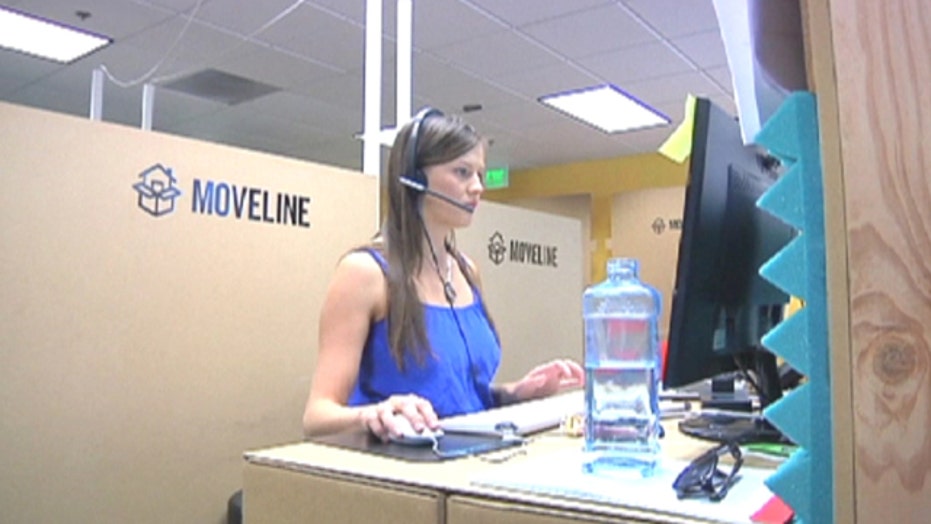 Moving? Use cell phone to save time, money

Planning a big move is never an easy thing. But the new moving company, Moveline, says it can save you time and money with a simple video call from your cell phone.

Moveline uses the power of your smartphone to create an innovative way to move. It all starts with a video call with a Moveline consultant. Customers from around the country call in to the firm's Las Vegas office.

“I’ve spent up to a couple of hours on Facetime with a customer,” said Susanna Walsh, a Moveline employee.

Moveline customers show the consultant what they have and what they want moved. The company then takes an inventory and notes any special needs— for example, if the client needs an expedited move or has any family heirlooms that need to be protected.

Then, Moveline researches the most convenient and inexpensive way to ship the customer's  belongings. And it does get creative.

Kelly Eidson is moving from Las Vegas to Seattle and hired Moveline to do it all for her.

“Coming into this move, which is the fourth or fifth interstate move I’ve done in the last five years, I was still nervous about it,” Eidson said.

Kelly’s move is unique because she wants to keep only a single table in her apartment. The rest of her stuff, she’s selling. Kelly learned about Moveline because she used to work there. She said she saved $3,000 on this move because Moveline found a company to ship her just her table and belongings by crate — instead of paying a standard rate for a truck that she didn’t need.

“I’m doing this move by myself,” Kelly said. “I don’t really want to drive a truck for 17 hours and take on the liability if something goes wrong.”

Moveline’s expertise also saves you the legwork of finding a trustworthy mover.

“We know where to look on the Department of Transportation websites, we’re able to access their records, we’re able to see their performance history and really make a good assessment of whether they’re a solid company,” Walsh said.

As with any move - things can go wrong. The video log helps keep your stuff safe.

“If there are any issues that come up or any damages we can go back and say this is the condition the items were in - this is how you picked them up and this is how they arrived,” Walsh said.

Moveline started as a small startup business in New York City and focused only on tech-savvy customers in the tri-state area. However, it wasn’t long before it had hundreds of customers of all types. The business relocated to Las Vegas to better accommodate its nationwide clientele.

Now, it places modern technology, a customized move and peace of mind in the palm of your hand.


Matt Finn is a Fox News correspondent based in the Chicago bureau. Follow him on Twitter: @MattFinnFNC