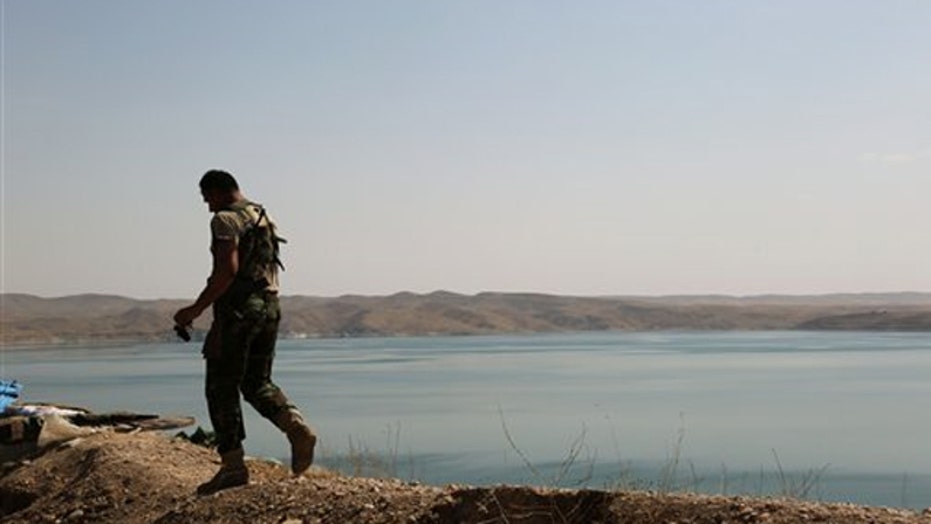 The Mosul dam’s recapture represents a crucial victory over Islamic State militants, although an expert warns that critical maintenance work must be resumed immediately to reduce the risk of a catastrophic flood.

“Hopefully [engineers] are able to get back in,” Richard Coffman, assistant professor at the Department of Civil Engineering at the University of Arkansas at Fayetteville, told FoxNews.com, citing serious structural issues at the site. “It’s probably the worst location for the dam to be built.”

The U.S. Army Corps of Engineers has warned that flooding from a dam breach could cause up to 500,000 civilian deaths in Mosul and Baghdad.

An expert in geotechnical engineering, Coffman studied the Mosul Dam for his doctoral degree.

Built on foundations containing water soluble gypsum, limestone, anhydrite, and marl, preventing breaches in the dam is a something of a herculean task. Holes that constantly appear in the dam’s structure must be continuously filled with a mixture of cement and other materials called grout. However, the ‘grouting’ process at the dam reportedly ended on Aug. 7 when Islamic State militants took control of the site.

“It was a pretty continuous grouting operation; 24 hours a day, 6 days a week - for it to be shut down for 11 days, that increases the failure risk for the dam,” said Coffman. While the expert warns that there is “still potential for failure,” resumed grouting will reduce the flooding risk, he added.

Iraqi security forces and Kurdish Peshmerga fighters, backed by U.S. airstrikes had been battling for control of the strategically critical dam from Islamic State militants.

Spanning the Tigris river just north of the city of Mosul, the dam supplies water and electricity to a large swath of Iraq. Long-standing structural weaknesses, however, have caused the U.S. Army Corps of Engineers to label the site “the most dangerous dam in the world.”

Coffman told FoxNews.com that he is hopeful that there were no “major events” such as sinkholes that have could have appeared in the dam’s structure since Aug. 7.

“I am basing that on the fact that the dam is still intact,” he said. “If a sinkhole had occurred, there could have been a compromise.”

Constructed in the early 1980s, the dam was originally named the Saddam dam after Iraq’s former dictator Saddam Hussein.

The Wall Street Journal reports that the U.S. invested more than $30 million on upgrades, repairs and studies on the dam between 2006 and 2010, in a project that was found to be plagued with mismanagement.