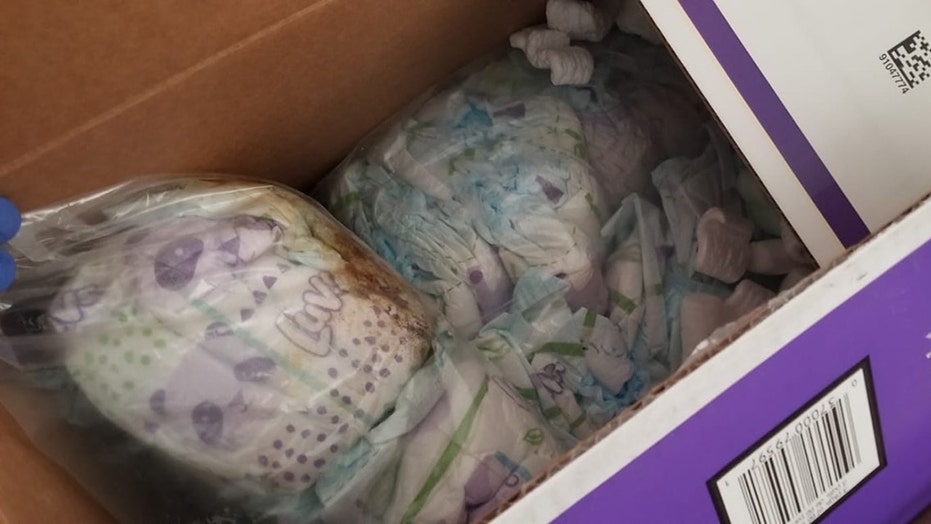 A mom in New Jersey says that she got a gross surprise when she opened a package of diapers that she had ordered from Amazon.

“After a 12+ hour workday, I come home exhausted with my eyes burning from overuse,” wrote Nassly Sales, in a Facebook post on Jan. 9. “In the dark, I open my newly arrived box of diapers from Amazon to change my child before I go to sleep.”

“I take the plastic bag out and immediately notice that it is heavier than normal. I place them on my bed next to my exposed child,” she added. “I turn on the lights to my greatest shock.. these diapers are SOILED! It stinks of poop and urine! The packaging was tampered with and Amazon actually sold me neatly placed soiled diapers!”

CBS 3 reports that Sales orders two boxes of diapers each month from Amazon for her two daughters, one of whom is immune-compromised. In her Facebook post, Sales wrote that she disinfected her bed after opening the package of soiled Luvs diapers and contacted Amazon, who offered her a refund on the gift card she used to purchase the diapers. “I want a regular refund,” she wrote. “I'm afraid to shop at Amazon again.”

Nassly Sales says that she received the shipment of soiled diapers from Amazon. (Nassly Sales)

Sales bought the diapers from the retailer's Amazon Warehouse section, CBS 3 reports. Amazon Warehouse lets people shop for “pre-owned, used, and open box items,” according to the retail giant's description of the section on its website. In her Facebook post, Sales said that she had notified the Centers for Disease Control and Prevention about the disgusting delivery.

CBS 3 reports that Amazon is investigating the situation.

The New Jersey mom was appalled when she received the stinking shipment. (Nassly Sales)

“We work hard to provide customers with a great experience and deeply regret that this situation did not live up to our high standards," an Amazon spokeswoman told Fox News, via email. "We worked directly with the customer to address this situation.”