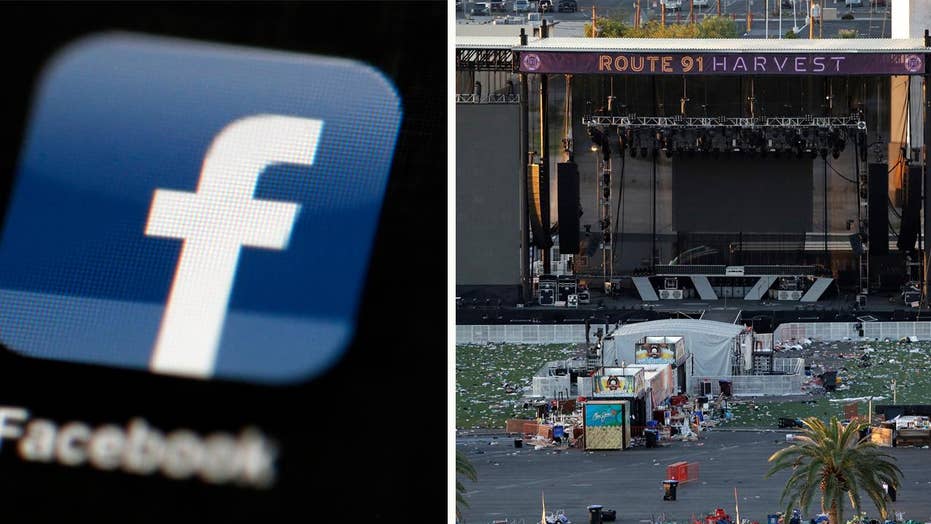 Big Tech Backlash: After agreeing to crack down on the spread of fake news on social media, Facebook and Google shared many false stories and hoaxes surrounding the Las Vegas massacre.

Fake news quickly surfaced on Facebook and Google’s platforms in the aftermath of Sunday’s massacre in Las Vegas that left 59 people dead and more than 500 injured.

Fast Company reports the page featured a news story from blog Alt-Right News that contained inaccurate information related to the horrific shooting in Las Vegas. The story was subsequently removed from the page.

“We recognize that accurate information is critical during a crisis. Yesterday our crisis page included links to articles that contained incorrect information," explained a Facebook spokesman, in a statement emailed to Fox News. "These should never have shown up and our team removed them within minutes. We are working to fix the issue that caused these articles to appear in the first place and deeply regret the confusion this caused.”

When Safety Check was activated after the mass shooting in Las Vegas, a crisis page was automatically created, containing publicly posted content to help people stay informed and tools such as fundraisers.

Safety Check, which was launched in 2014, has already been used in response to major events such as the Brussels terror attacks, the bombing in Ankara, Turkey and the attacks that rocked Paris in 2015. In June 2016, the service was activated for the first time in the U.S. following the mass shooting at Orlando's gay nightclub Pulse.

Safety Check was also activated for the sniper attack on Dallas police officers and the terror attack in Nice, France. It was also used after the 2016 earthquake in Italy, and more, recently, during Hurricane Irma.

The Las Vegas attack is the deadliest in U.S. history. Authorities said Tuesday that 23 firearms were found in the Mandalay Bay hotel room of gunman Stephen Paddock.

Google has also been in the spotlight following the massacre after surfacing threads from the 4chan message board website on Monday that misidentified another man as the Las Vegas shooter.

Google told Tech Crunch that it picked the 4chan thread up from the broader Web, not its Google News feature. The search giant explained that 15 percent of the searches Google sees every day are new, so when the 4chan threads began to circulate, they rose to the top of Google's Top Stories section for specific queries.

“We were briefly surfacing an inaccurate 4chan website in our Search results for a small number of queries,” explained a Google spokeswoman, in a statement emailed to Fox News. “Within hours, the 4chan story was algorithmically replaced by relevant results. This should not have appeared for any queries, and we’ll continue to make algorithmic improvements to prevent this from happening in the future.”