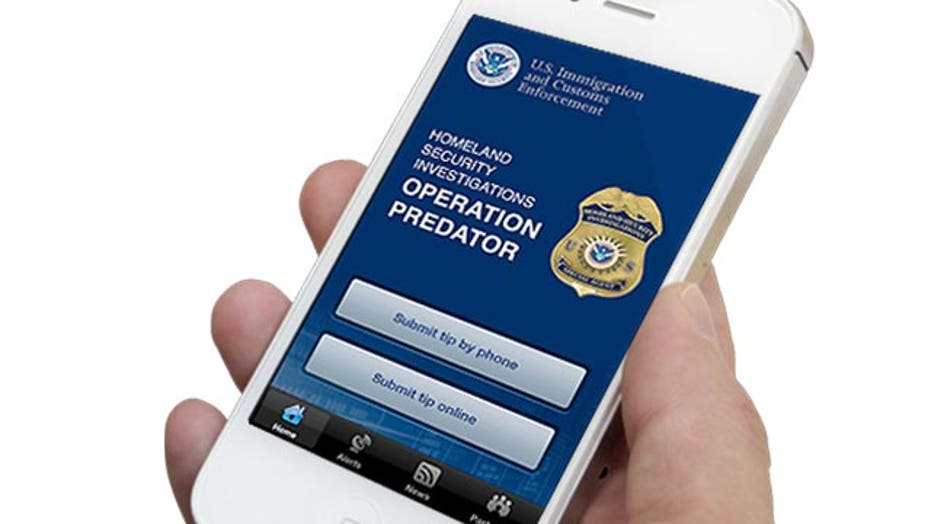 Do you carry a smartphone? Are you up for joining the fight against pedophiles and terrorists?

Two new apps have just been released to arm the average American in these initiatives: The first puts a “Bat-Signal" in your hand to help arrest predators and save children; the second turns your smartphone into a pathogen detector to find threats invisible to the naked eye.

Operation Predator is an international initiative to identify, investigate and arrest child predators. The mission is to stop those who possess, trade and produce child pornography, travel overseas for sex with minors and engage in the sex trafficking of children.

The Internet has helped lead to an unprecedented level of adults preying on children; because the web is borderless, predators sharing online contraband such as images of a child being sexually abused can be seen by anyone anywhere in the world.

HSI special agents have the authority to investigate this sort of international crime.

Operation Predator leverages the agency’s 200 U.S. offices and over 70 overseas facilities to follow cases across borders, arrest predators and rescue a victim.

Sexual crimes against children tend to be underreported and many Americans carry smartphones with them so the agency developed the app, "Operation Predator," to make it easier for the public to help.

The app gives the public an opportunity to aid federal investigators to solve these kinds of crimes and join the fight against predators too.

In child exploitation and abduction crimes, time could not be more of the essence and rapid information gathering essential to identify and locate predators.

Currently, the app can be installed on an Apple or Android device. Once installed, Americans can immediately report suspicious activity to HSI with a mere screen tap.

The app also provides a news stream that explains the warning signs that may indicate an abuser is at work.

The agency never discloses images of a victim, but it does send out crime scenes photos hoping someone will recognize something. For example, the first alert included photos of an unknown man the investigators hoped app users would identify and help to locate.

The predator’s image was cut from photographs depicting the sexual abuse of a child. The crime scene, inside an unknown home, has family photos on the wall that a member of the public will hopefully recognize.

HSI says its most urgent case involves an unidentified man, believed to be living in the United States, wanted for producing child pornography involving the sexual abuse of a 10 to 12-year-old girl.

Interpol discovered the first video file and it is hoped someone will recognize the adult male offender -- who has short brown hair, blue eyes, a full beard and glasses -- or the room, which has wood-paneled walls with framed photos, a black computer, a desk with sewing machine and brown patterned curtains.

The app has just become available to download from Apple's iTunes App Store and will soon also be available for Android smartphones and tablets.

A detector that strong means your phone could see threats invisible to the naked eye, including a nanoparticle, a bacterium, a single virus – or potentially a biological or chemical threat lurking unseen in your environment.

Made by a UCLA research team, the less than half a pound device can do the work of large expensive microscopes and lab equipment, turning your phone into a complex field-testing device.

The team says this is the first time a cellphone-based imaging system has been able to detect single nanoparticles and viruses. They published their results last week in the American Chemical Society’s journal ACS Nano.

Other smartphone inventions from this team include a sensor for allergens in food products that relies on the camera in a cellphone.