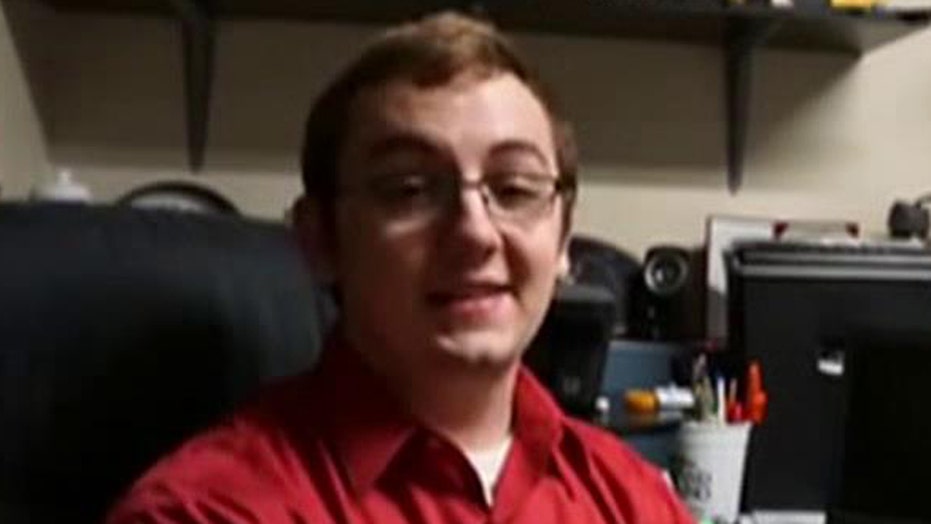 Tyler Skluzacek was in sixth grade when his father, Sgt. 1st Class Patrick Skluzacek, was deployed to Iraq for a year. When he came back, he struggled with night terrors—and now Tyler, a senior at Minnesota's Macalester College, is helping in a big way, KARE 11 reports.

As part of the HackDC computer programming contest in September, Tyler and his team took just 36 hours to create an app called myBivy—short for "bivouac," the military term for a place to sleep—that tracks soldiers as they sleep.

By tracking heart rate and movement for a few weeks, the app "can find the exact symptoms of the onset of the panic attack," Tyler explains.

Then, when those symptoms are detected, the app uses the smartwatch or smartphone to which it's connected to disrupt the pattern via sound or vibration, taking the soldier out of a deep sleep but keeping him or her asleep.

The app won Best PTSD Mobile App for Clinicians in the contest, which was specifically focused on helping veterans with post-traumatic stress disorder, and Tyler and his team are crowdfunding on Kickstarter in the hopes of starting clinical trials next spring.

Tyler is already working with the VA and sleep experts; the app allows the soldier "the option to submit a statistical report [of their sleep patterns] to their VA doctor or clinician," the Kickstarter page explains.

The campaign has so far raised more than triple its goal with nearly a month to go. Ultimately, Tyler wants every vet to have access to it, saying, "My team and I won't sleep until the veterans can." (This teen invented a device to prevent kids from being left in hot cars.)