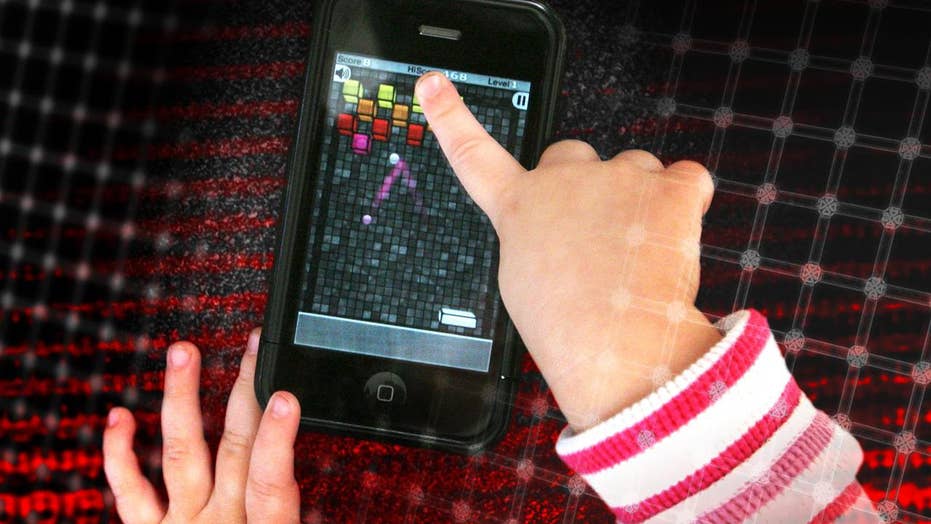 You might want to talk to your kids about this one.

Recently, the World Health Organization strongly discouraged parents from letting kids under 2 use any gadget, while kids over 2 should only spend an hour per day on screens.

A survey of 500,000 teens in 2017 found that a rising number of teens suffered from depression due to increased use of their phones and tablets. This “screen time” had a worse impact on females, according to the researchers at the University of Michigan and the CDC.

5 WAYS TO PROTECT YOUR CHILD ONLINE

Clearly, screen time is impacting the development of both kids and teens.

Dr. Pamela Hurst-Della Pietra, a well-known child development expert and founder of the interdisciplinary research organization Children and Screens, told Fox News there has been a 28 percent increase in psychiatric emergency department visits related to suicide attempts since 2011 -- the CDC said suicide rates are up 30 percent "in more than half of U.S. states" since 1999.

“We’re not saying we have found causality at the moment, but it’s concerning enough that we need more research,” Hurst-Della Pietra said. “There’s cognitive effects [with screen time], including retention in learning, memory, impulsivity, and possible academic performance.”

40 PERCENT OF CHILDREN HAVE CONNECTED WITH A STRANGER ONLINE, SHOCKING SURVEY REVEALS

“Kids lose out on developing many parts of their brain and body when they are on tablets and phones,” DeSilva said. Indeed, Dr. Hurst-Della Pietra pointed to a 2018 study by the National Institutes of Health (NIH) that teens age 13 to 18 now experience increased anxiety.

Experts say for teens the issue has to do with constant comparison, so it’s not just a development issue or a problem perceiving reality correctly. Hurst-Della Pietra said teens using social media on their phones are constantly comparing themselves to others.

Dr. Nerissa Bauer, a medical advisor for YourDoctors.Online, told Fox News the issue with screen time has to do with replacing healthy habits. Kids and teens who are on their phones are not outside enjoying the summer weather, exercising, or spending time with other kids.

“Parents of children 18 months to 24 months can introduce digital media but they should choose high-quality educational programming and watch the programming with their child to be able to provide running commentary and answer children’s questions,” she said.

The research and statistics tell an obvious story: Screen time impacts child development. The experts agree on that -- now it’s time for parents to make some hard choices.