A Professor from Jerusalem believes humans and machines will become one.

In a not-so-distant future, humans will merge with machines.

Although that seems like something cooked up by a science fiction writer, according to a prominent historian it's a reality that's not very far away — especially given how much Big Tech has disrupted everything from commerce (Amazon) to relationships (Facebook) and media (Google and Facebook).

“It’s increasingly hard to tell where I end and where the computer begins,” Yuval Harari, a professor of history at the Hebrew University in Jerusalem, told the audience at the Fast Company European Innovation Festival this week. “In the future, it is likely that the smartphone will not be separated from you at all. It may be embedded in your body or brain, constantly scanning your biometric data and your emotions.”

During his keynote address at the conference, Harari placed the possibility of humans physically merging with machines as distinct from previous advances that have harnessed technological innovation to improve our lives. The difference? Humans will be able to manipulate themselves.

“Humanity has always remained constant – with the same bodies, brains, minds – through the Roman Empire, Biblical times, and the Stone Age,” said Harari, who has authored several bestselling books that are beloved in Silicon Valley, including "21 Lessons for the 21st Century."

Harari continued: “If we told our ancestors in the Stone Age about our lives today, they would think we are already Gods. But the truth is that even though we have developed more sophisticated tools, we are the same animals. We have the same emotions, the same minds. The coming revolution will change that. It will change not just our tools, it will change the human being itself.”

According to Fast Company, which sponsored the event, Harari believes that we will inevitably manipulate ourselves in the coming years, and points out that we've already manipulated animals, while advances like in vitro fertilization can shape the creation of a human life.

FACEBOOK'S MARK ZUCKERBERG 'INCREDULOUS' TO BE CALLED A 'FORMER INNOVATOR'

The Israeli historian also threw cold water on the dreams of tech CEOs who see humans setting up colonies on other planets. 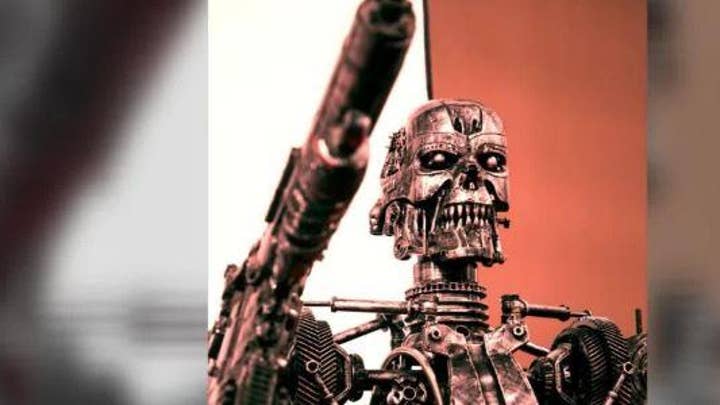 “Not even the toughest bacteria on earth can survive on Mars,” he said. “Homo sapiens cannot colonize other planets or galaxies.”

Harari, who speaks regularly with technologists, and held a public conversation in April with Facebook CEO Mark Zuckerberg, has suggested in this work that humans need to proceed with caution in the digital age. In his speech, he also warned about Silicon Valley's ability to "capture and hijack" our attention.

“This is the basis of their business model. [It is hard for them] to now say this is a bad idea," he said. "What will their shareholders think about that? With the best intentions, they are now captivated by the machines they have created. They are trapped.”