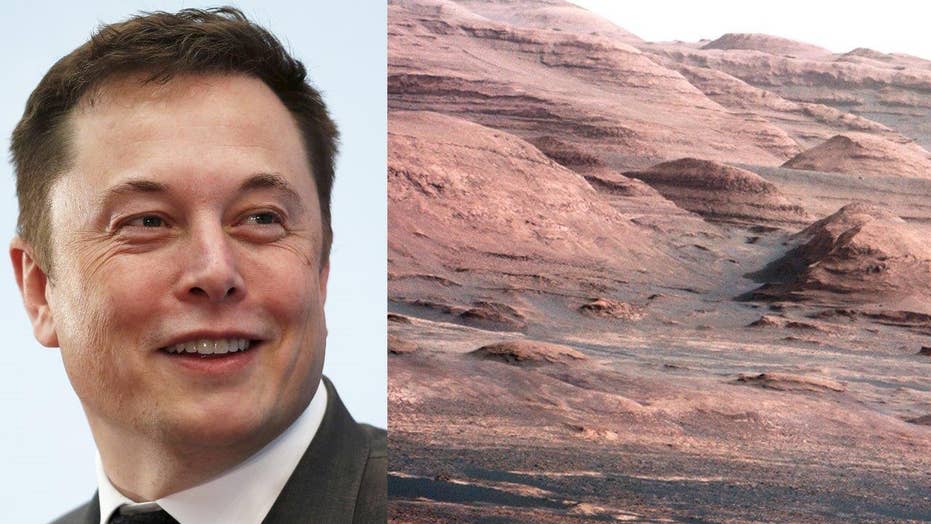 Four4Four Science: Elon Musk outlines plans for future Mars travel and colonization; The world's first baby has been born with the '3-parent' technique

In a speech at the International Astronautical Congress in Guadalajara, Mexico, Musk announced that SpaceX will develop an interplanetary rocket and capsule designed to move roughly 100 people and their cargo to the red planet.

Musk said it would be a "super-exciting" adventure but also dangerous, at least initially.

Mars is located about 140 million miles from Earth and the journey takes anywhere from six-to-nine months, according to Reuters. Musk said the trek would occur around every 26 months, when the planets are favorably aligned for flight.

Gizmodo noted that Musk estimated a ticket runs about $10 billion per person right now, and he outlined four ways to make the ticket price hover between $100,000-$200,000. “The four ways include using reusable rockets; refueling the spaceship in space, and by using a methane fuel instead of traditional rocket fuels,” wrote Gizmodo. “Most excitingly, that methane fuel could be harvested on Mars itself.”

SpaceX’s first mission to Mars will be supported by NASA with a 2018 expected launch date. SpaceX will send an unmanned capsule, called Red Dragon, to the surface of Mars to “test descent, entry and landing systems,” according to Reuters.

Musk said Tuesday that Mars trips using the SpaceX interplanetary rocket and capsule could start as soon as 2023, according to Gizmodo. However, the SpaceX chief noted that this timeline, which is dependent on funding, is still in flux.

Notably, Musk’s speech comes as SpaceX reels from a recent failure after an unmanned rocket and its payload exploded two days before it was scheduled to launch. Although Musk acknowledged the heavy price tag, he hinted to overall interest some have in living on Mars.

“I know there’s a lot of people in the private sector interested in funding a trip to Mars, hopefully there will be interest in the government side as well,” he said. “Ultimately this will be a huge private-public partnership.”

Goal is 100 people on each trip, eventually more https://t.co/kCtBLPbSg8 pic.twitter.com/wbXJ6AeWyl

Chris Carberry, executive director of Explore Mars, a non-profit organization that aims to advance the goal of sending humans to Mars within the next two decades, told FoxNews.com that he wants to see more specifics on Musk’s plan. “Elon Musk has an amazing vision for the future of Mars and I am sure it will inspire millions about the future of space exploration,” he said, via email. “Based on the enormous scale of this plan, I really want to hear more details on how he will overcome many significant technical challenges (particularly in the timeframe he suggests) - and more details on how it will be funded. Those are no small challenges.”