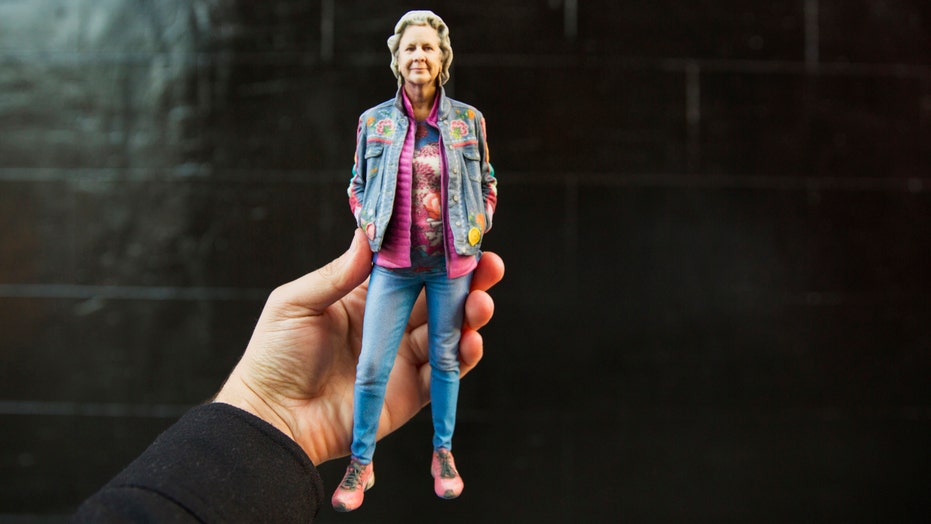 How to clone yourself as a 3D-printed figure

Doob-3D is changing the way we think about 3D printing and putting the selfie to shame.

The “selfie” has enjoyed phenomenal popularity as way to record a moment in time, but this coming decade is bringing some big – or rather tiny – competition: 3D-printed clones.

Dusseldorf-based Doob-3D is a full-service 3D tech company that specializes in creating a photo-realistic 3D printed replica of yourself, affectionately called a “doob.”

Doob-3D CEO Michael Anderson says the 3D printing process is easy. You step into the 3D scanner, or “the dooblicator,” an octagon-shaped booth with 54 digital cameras that are precisely placed from head to toe and capture a 360-degree image in a flash.

“Once you take a scan we use a process called photogrammetry, which is taking still images all of the exact same moment. Then converting that into a high res file. So after we take the scan, we actually have our own software that converts those images very cost-effectively and quickly into that high res 3D file,” Anderson explained. “And then we have the production capabilities after that to then turn it into a final physical product.”

Doob-3D owns one of the first, fully integrated & scalable 3D pipelines for 3D imaging, software, modeling, and printing. The printing is an industrial additive manufacturing process that uses a polymer resin and ink to build, bond, and color the figurine.

“It's a really cool process, a little different than what people generally think of when they see 3D printing. The printing itself probably takes about 18 hours,” said Anderson. “We print several figurines at a single time and what happens is you're actually left with a white box of powder and you essentially excavate from that box and powder, the different figurines that are sort of layered within that final box.”

Melissa McBride aka Carol from "The Walking Dead" (Doob-3D)

Could the future of 3D printed figures be the gateway to more artificial intelligence of one’s self-image?

“You know, A.I. and the idea of being able to capture your consciousness in this type of application and when you think about 3D printing, it's all about personalization and customization,” Anderson told Fox News. “So, of course, there's going to be a merge of those two. When you think about it, the 3D print and the figurine is just one application of our technology.

“When we look down the line a little bit after we take the 3D scan, we've actually captured a high-res digital version of you. And I can see a really important connection long term between A.I. and sort of the virtual you,” he added.

Most customers are looking to capture special moments in their life. They’re making their wedding cake toppers, figures of their kids as they grow up. It becomes a personal object for your mantel. Gone are the days of photos on your wall, and now are the days of your 3D figure on the shelf.

“The whole point behind it was to create something meaningful. We didn't want to use 3D printing and 3D scanning for the sake of the technology. It was all about using the technology to create a product that had meaning for the everyday person,” Anderson said.