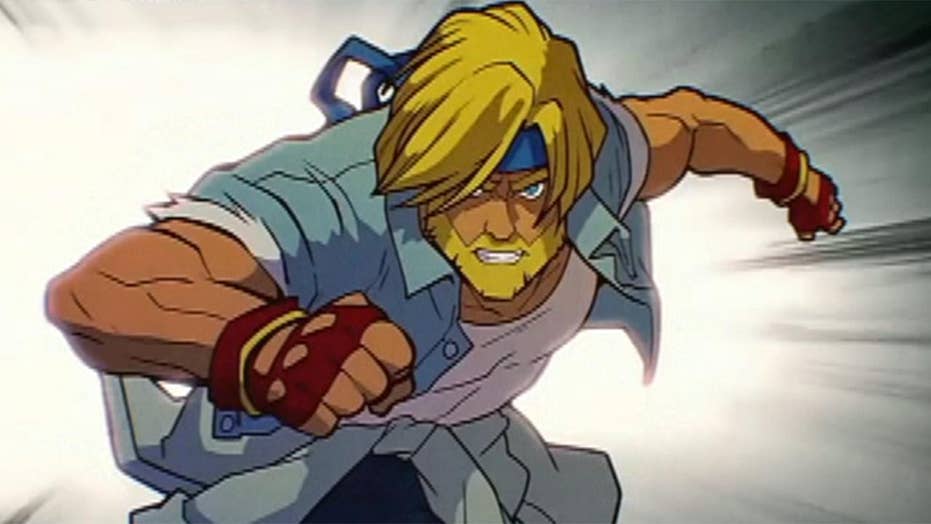 Gamers flock to Boston in search of gaming's 'next big thing' and found plenty of competition.

This year's annual Pax East convention has come and gone, with thousands of fans getting a first-hand look at all the hot upcoming new releases from both major studios and independents as well. Pax East is a bit like Woodstock for gamers - there's something for everyone, but for the developers, it's a chance to break through the background noise and - hopefully - see your game generate enough buzz to become the next big thing.

One of the games that made the biggest splash has some of the simplest game-play. It's a new release by Wideright Games called "Freedom Finger" - and yes - it's a reference to "that" finger. The game itself is a side-scrolling shooter, like the old Atari game Defender. In-game play has you traveling through the stars in a spaceship not safe for work or kids. Executive producer James Dirschberger says "The ship is basically a giant middle finger. You shoot lasers out of your middle finger as you're blasting through space."  The company has high hopes for the tongue-in-cheek cosmic adventure.

But flying though space blasting away at alien space ships isn't for everyone. If you're looking for a more relaxing gaming experience, try the new "Bus Simulator 18" from StillAlive Studios, where you just...drive a bus. That's it. We spoke to game artist Jason Mathhews about the surprising appeal of "Bus Simulator 18," and why folks would be excited about a game where you literally just pick customers up and follow a route. He says the simplicity is the key to the game's growing popularity. "You sit down, and you're driving around, and it's really simple and rewarding."

There was also plenty of room for retro games as well, with a special section featuring 8 and 16-bit games, both old and new. But the retro game that seemed to get the most attention was the revamped classic "Streets of Rage 4," with players appreciating the Sega Genesis-throwback graphics.

It's tough to say which games will be able to break through and find a long-term audience, but with gaming now the second-biggest segment of the entertainment industry (behind movies), the billions of dollars up for grabs is sure to create plenty of competition.