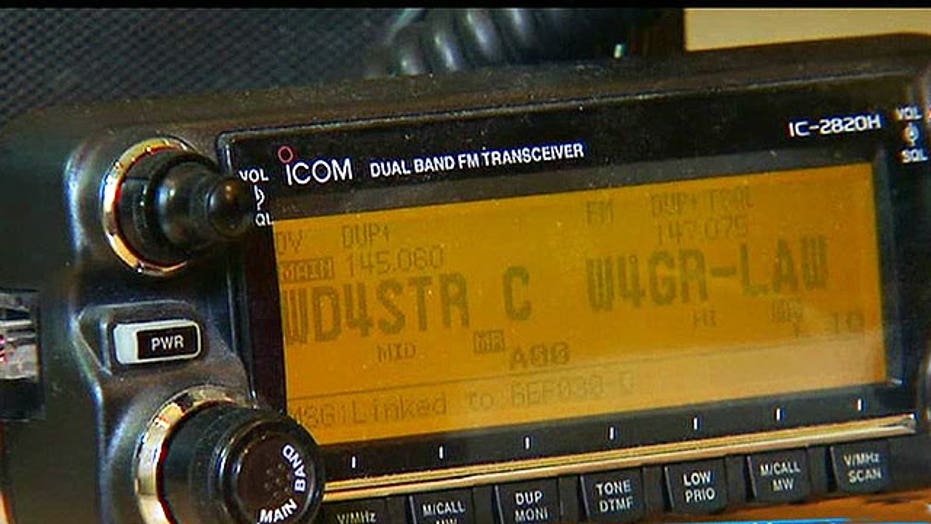 “It’s just another avenue, another opportunity for us to be able to communicate,” said Herb Schraufnagel, public safety captain with Emory University Hospital Midtown.

Emory HealthCare is among a growing number of hospital systems to adopt ham radio. Hospital administrators and government officials took a lesson from Hurricane Katrina, which left some Gulf Coast medical centers isolated from the outside world, as landlines and cell towers failed.

When power, phone and Internet services go down, a battery-powered amateur radio and portable antenna can provide that crucial link to the outside world.

“The quickest means of communication is Morse Code. It’ll get out when none of this will,” Thomas said, referring to a room filled with computers and smartphones.'

“It is interesting that some of the technology that has been around for 80, 90, 100 years is still relevant,” said John Davis, a ham radio enthusiast.

In addition to major hurricanes, Davis says the terrorist attacks of September 11, 2001 rekindled interest in ham radio as a public safety tool.

The Georgia Emergency Management Agency (GEMA) has set up a permanent ham radio station in its command center.

“We look at ham radio operators just like GEMA staff, just like DOT staff and Georgia State Patrol staff,” said GEMA Director Charlie English. “They are a critical partner with us.”

The number of ham radio licenses is at an all-time high in the U.S. (723,182, as of April, according to Federal Communications Commission (FCC) data compiled by Joe Speroni of the Amateur Radio Education Web Site, ah0a.org.

“I really hope that it stays relevant and that we can be a resource to emergency management agencies,” enthusiast Davis said. “Because I think that is where ham radio shines.”