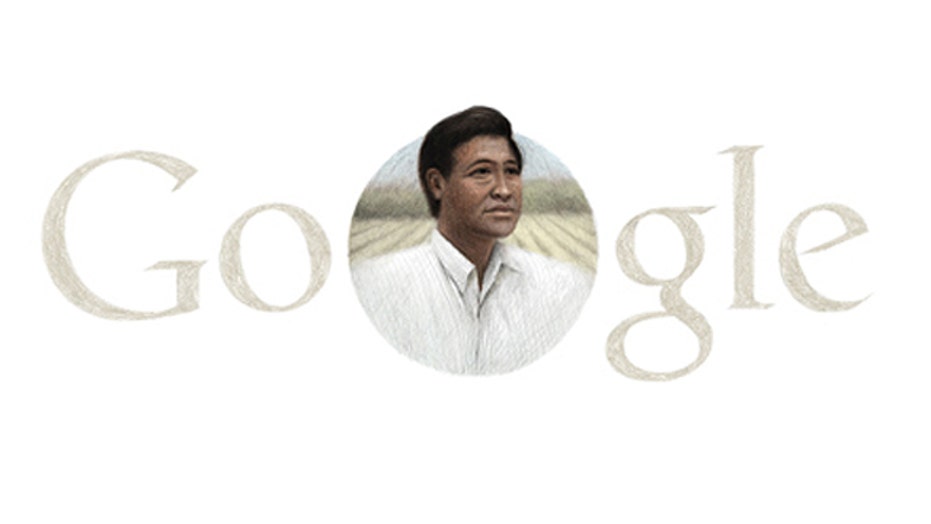 Google’s decision to mark Easter Sunday with a doodle of leftist icon Cesar Chavez atop its search engine angered some users in what they see as a snub of Jesus on the day Christians mark his resurrection.

Google defended the decision by saying it reserves the spot for historical figures and events, but a review of its past doodles shows it has never honored Jesus on Christmas or Easter, despite his historical and spiritual significance to billions around the world.

“I thought the Chavez-google thing was a hoax or an early April Fool's Day prank,” Fox News contributor Dana Perino tweeted. “ ... are they just going to leave that up there all day?”

“While Google frequently decorates its logo to celebrate various holidays and special events, it is unclear why the company chose specifically to honor Chavez’s birthday, instead of Easter Sunday,” the website read.

In 2011, President Obama proclaimed each March 31 to be designated Cesar Chavez Day in honor of the co-founder of the United Farm Workers union. The civil rights activist died in 1993 at age 66.

“Through boycotts and fasts, he led others on a path of nonviolence conceived in careful study of the teachings of St. Francis of Assisi and Mahatma Gandhi, and in the powerful example of Martin Luther King, Jr.,” the presidential proclamation said of the Arizona-born civil-rights leader.

Glenn Beck also noted the perceived slight in a message that retweeted at least 360-plus times.

“Cool for Google to not celebrate Easter but really?!!? Go to http://google.com,” Beck wrote. “HAPPY Caesar Chavez day everybody!”

Microsoft’s Bing, in contrast, featured brightly-colored Easter eggs on its main search page on Sunday. But Google, which last illustrated an Easter doodle in 2000, downplayed the controversy.

“We enjoy celebrating holidays at Google but, as you may imagine, it's difficult for us to choose which events to highlight on our site,” a Google spokesperson told the Washington Post on Sunday. “Sometimes for a given date, we feature an historical event or influential figure that we haven't in the past.”

The California-based Mexican Heritage Festival, however, praised the selection.

“Bravo Google for honoring Cesar, a man of faith and peace on this Easter Sunday,” the organization tweeted.

Others, meanwhile, took the opportunity to poke fun at the sometimes-surprising way Google alters its logo on its ubiquitous search engine.

Google has created more than 1,000 doodles since 1998, when the concept was born when company founders Larry Page and Sergey Brin altered the logo to indicate their attendance at the Burning Man festival in the Nevada desert.

“Doodles are the fun, surprising, and sometimes spontaneous changes that are made to the Google logo to celebrate holidays, anniversaries, and the lives of famous artists, pioneers, and scientists,” a Google website reads.

The ideas for the doodles come from several sources, including Google users.

“The doodle selection process aims to celebrate interesting events and anniversaries that reflect Google's personality and love for innovation,” the website continues.

A search of Google's past doodles for words like "Jesus" produced zero results.