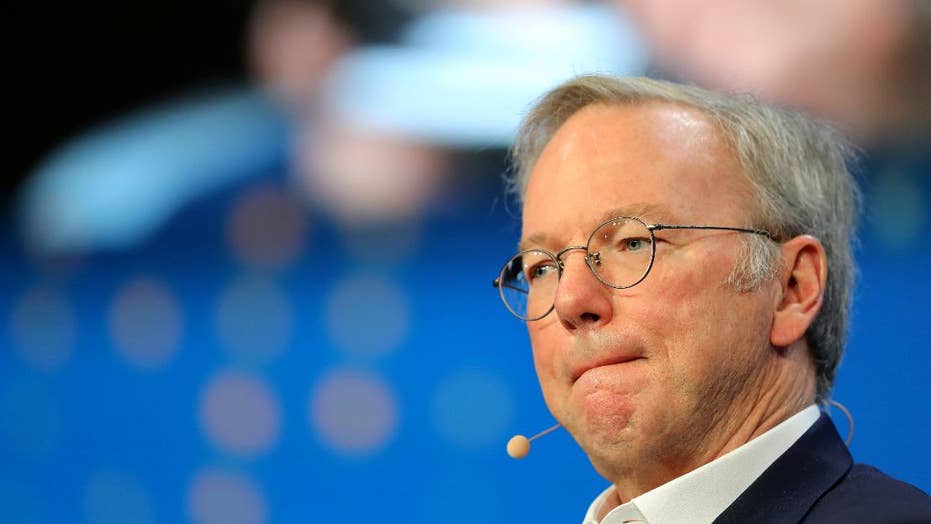 Google’s Eric Schmidt steps down as questions of timing grow

Eric Schmidt announced he is stepping down as executive chairman of Google parent Alphabet Inc. Some are questioning the timing of his surprising announcement citing his past well-known affairs with multiple women.

In a surprise move, former Google CEO Eric Schmidt is stepping down as executive chairman of the search giant’s parent company Alphabet amid reports his personal life is being scrutinized.

One of the highest profile figures in Silicon Valley, Schmidt attracts plenty of media attention. Citing unnamed current and former employees, The Wall Street Journal reports that the executive’s personal life has been the subject of interest within Alphabet.

The New York Post reports that the former Google CEO has been married to Wendy Schmidt for 37 years. However, in 2012 she said that they were living separate lives because she felt “like a piece of luggage” following him around the world, according to the report.

The Post said Schmidt had been linked to several women over the years, and cited a source saying other news outlets had been looking for a Harvey Weinstein-like bombshell, but had come up empty. An insider told the newspaper "They haven’t found s–t. Because there is no sexual harassment. There has never been any issue. They have had nothing."

In a short statement released by Alphabet on Thursday, Schmidt said that he wants to increase his philanthropic efforts. The 62-year-old billionaire will leave the executive chairman role in January but remain as a technical adviser to Alphabet, the company said.

Schmidt, who has close ties with Hillary Clinton and the Obama administration, became Google’s “adult supervisor” when he took the company’s reins in 2001.

Google was founded by Larry Page and Sergey Brin in 1998. Three years later Schmidt took the CEO role following investors’ calls for more mature leadership as Google quickly grew into a tech titan. He stepped down as CEO in 2011 when Page was restored as Google chief but remained as executive chairman of the company.

In 2015 Schmidt became executive chairman of Alphabet, the company that was formed to contain Google and its sprawling so-called "moonshot" subsidiary businesses. Some of those "other bets" include self-driving cars, smart thermostats and Internet-delivering balloons. Page and Brin are now Alphabet CEO and president, respectively.

“Since 2001, Eric has provided us with business and engineering expertise and a clear vision about the future of technology,” said Page, in the statement. “Continuing his 17 years of service to the company, he’ll now be helping us as a technical advisor on science and technology issues. I’m incredibly excited about the progress our companies are making, and about the strong leaders who are driving that innovation.”

“Larry, Sergey, [Google CEO] Sundar [Pichai] and I all believe that the time is right in Alphabet’s evolution for this transition. The Alphabet structure is working well, and Google and the Other Bets are thriving,” said Schmidt, in the statement. “In recent years, I’ve been spending a lot of my time on science and technology issues, and philanthropy, and I plan to expand that work.”

FORMER GOOGLE AND UBER ENGINEER IS DEVELOPING AN AI 'GOD'

Schmidt and his wife Wendy founded The Schmidt Family Foundation in 2006.

“After ten years as CEO and seven as Executive Chairman, I can’t wait to dive into the latest in science, technology, and philanthropy. I look forward to working with Larry and Sergey on our future here at Alphabet,” Schmidt tweeted Thursday.

According to the company's latest proxy filings from April, Schmidt held shares worth about $4.9 billion and maintained 5.6 percent voting control over the company. Page and Brin together control a majority of the votes with shareholdings worth four times as much apiece. A spokeswoman said Schmidt was not selling any shares as part of the transition.

Alphabet has not yet responded to a request for comment on this story from Fox News.