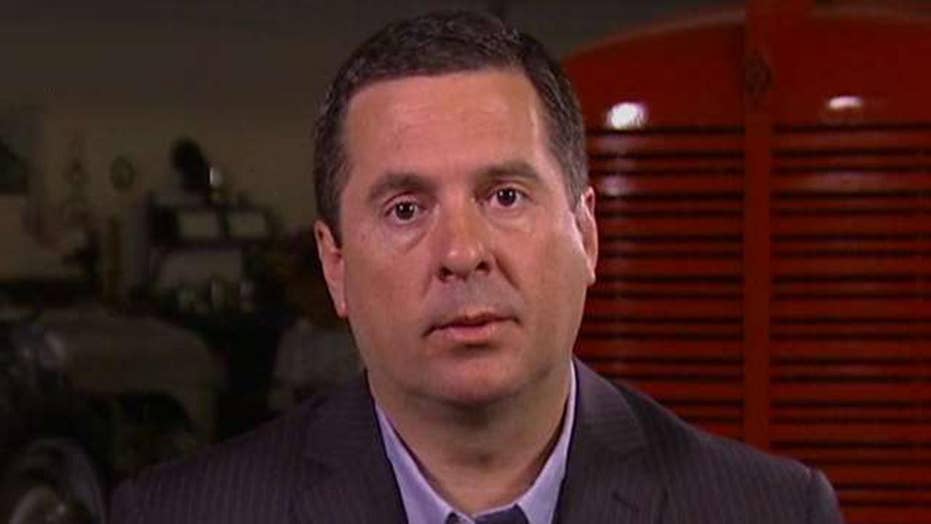 Just days after Google inadvertently listed “Nazism” as one of the ideologies of the California Republican party, Rep. Devin Nunes (R.-Calif) warned that the search giant and other tech heavyweights could face hearings over alleged anti-conservative bias.

Speaking during an interview on “Sunday Morning Futures” on Fox Business, the House Intelligence Committee Chairman said that anti-GOP bias is widespread. “I think what the American people need to understand is there is bias against conservatives and Republicans all across this country,” he told Maria Bartiromo. “And now as you see things, it’s always been there with newspapers and television, but now as you see it getting into the internet it's one of the challenges we have with millennials.”

Google was slammed last week after the “Nazism” listing appeared in the search giant’s Knowledge Panel.

The Knowledge Panel, which accompanies search results, pulls in data from a host of sources across the Web, including Wikipedia. Google scrambled to fix the issue, which it said was the result of “vandalism” on one of its sources.

A Wikimedia spokesperson confirmed to Fox News that the vandalism Google was pulling "was not visible to Wikipedia readers in the text of the article, and has been removed by volunteer editors."

"The success of Wikipedia relies on everyone being able to contribute, and that includes correcting information," the spokesperson said via email. "Anyone can edit Wikipedia based on our core principles of neutrality and reliable sourcing, and hundreds of thousands of volunteers do this every month. This process is critical to Wikipedia’s constantly-evolving record of the world’s knowledge. Wikipedia editors, often using monitoring tools to support their work, catch and revert most vandalism made to Wikipedia within minutes."

Nonetheless, the incident sparked outrage at a time when big tech is firmly in the political spotlight. Silicon Valley has repeatedly faced allegations that it suppresses conservative voices, something that the likes of Google and Facebook have vehemently denied.

During his interview on “Sunday Morning Futures,” Nunes explained that Congress could take action to stop online censorship of conservative ideas. I would hope that they just don't get involved in politics and don't censor conservatives and Republicans, but if they continue to do it then we have to move obviously to hearings on these issues,” he said.

Nunes also suggested that the tech sector could develop a viable alternative to Google. “The best thing would be is for there to be a new search engine that actually doesn't censor conservatives. I think there's a free market solution here if somebody can compete with Google,” he said. “If they can't, then ultimately we're looking at monopolies and then that, you know, brings in a whole other set of circumstances.”

“Are these companies - Facebook, Twitter, Google, Apple, et cetera, are they monopolies and should they be reined in?” he added. “I would hope we don't have to go there.”

Fox has reached out to Google for a response to Nunes' comments.

Google has also come under fire after search results for North Carolina Republican lawmaker Trudy Wade yielded her photo accompanied by the word “bigot.” Google apologized for the search result. “Images that appear in the Knowledge Panel are either selected by verified users or are automatically sourced from sites across the web,” it tweeted Friday. “In this instance, the image was hosted on a student news blog. Upon being alerted to this issue, we immediately removed it from the Knowledge Panel.”

The state senator, however, said that Google’s apology “rang a bit hollow.” When Wade learned about the image on Friday, an aide requested Google take it down, Wade explained, in a statement released Saturday.

“She was told to find and contact the original author of the photo, and the post stayed up,” she added. “Even when the [North Carolina] Insider’s Colin Campbell broke the story in Raleigh, the image remained. Only after Drudge Report posted it to a national audience and it began to go viral on social media did Google do the right thing.”