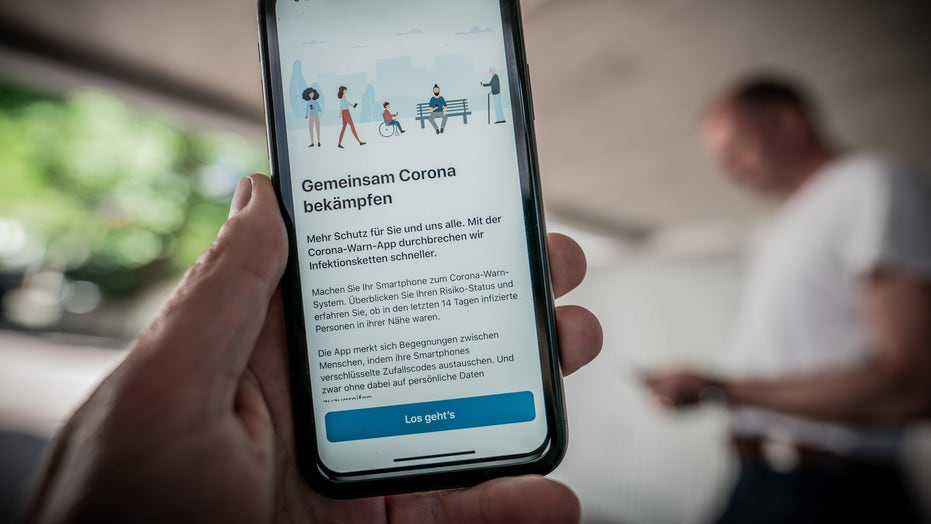 Germany's smartphone app to trace coronavirus infections is set to launch this week.

After delays to ensure the bluetooth technology would work at the correct distance, the government says the app will be a vital tool to help avoid a second wave of infections.

“It’s coming this week,” Health Minister Jens Spahn told ARD television, but he declined to confirm German media reports that the app would be launched on Tuesday.

According to Reuters, the app uses bluetooth short-range radio to detect and contact people at risk of infection by coronavirus and does not rely on a centralized database.

USE OF UNPROVEN COVID-19 THERAPIES POSES RISKS FOR AFRICAN-AMERICANS

A man looks at the Corona warning app in the developer version on his smartphone. (Photo by Michael Kappeler/picture alliance via Getty Images)

Spahn also reportedly told people wishing to go on holiday after European border controls are eased on Monday to be careful and consider whether their trip was truly necessary.

“We need the right balance,” Spahn said, adding that recent outbreaks in Germany after mass gatherings and church services had caused a rapid spread of the virus.

As of Monday afternoon, there were 187,000 cases of COVID-19 in Germany, which has a population of over 83 million people, and the virus was responsible for 8,807 deaths.

Germany has reportedly kept the number of deaths from COVID-19 low thanks to large-scale testing, a robust, well-funded health system and lockdown measures introduced in mid-March.