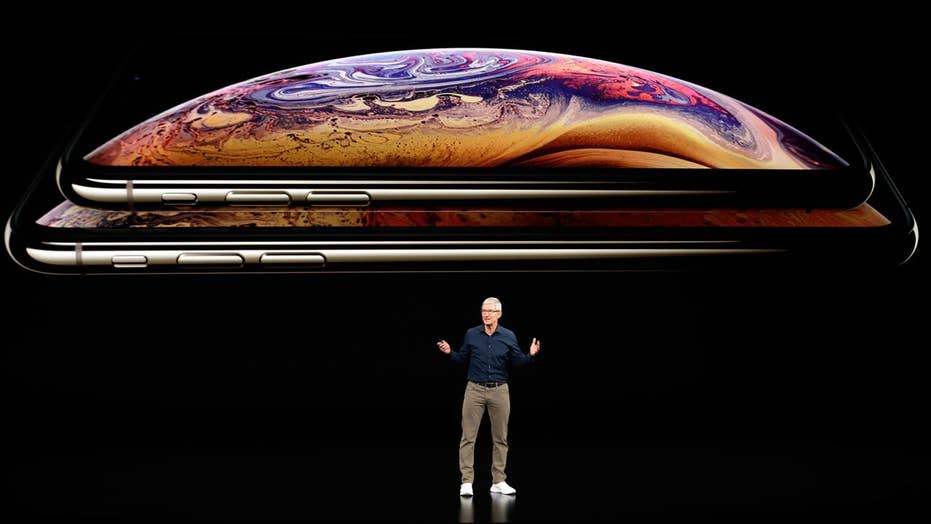 Fox on Tech: What to do with your old iPhone

Apple unveiled its newest iPhones and watches on Wednesday, but after you upgrade, what do you do with your old phone? In this edition of Fox on Tech, Jacqui Heinrich takes a look at how to get the most bang for your buck with out-of-date smartphones.

Wednesday's Apple announcement is sending iPhone fans scrambling to stores and their favorite online retail sites, hoping to be among the first to get their hands on the new products. The tech giant unveiled new versions of some of its most popular gadgets, including a new Apple watch and, of course, the iPhone XS. Apple CEO Tim Cook told the crowd in Cupertino that the company is "going to take iPhone X to the next level - I'm excited to show you what is by far the most advanced iPhone we have ever created.”

But the new release creates a familiar problem for users who plan to upgrade right away: what do you do with your old phone? It turns out there are plenty of people who want them, and you could end up with a surprising amount of cash if you play it smart. So whether you've got a still-shiny iPhone X or an ancient iPhone 5, get ready to start making it work for you once last time.

The easiest way to make money from your old phone is to just trade in your current model. Apple does offer a trade-in program called GiveBack, which gives customers the option of swapping their used iPhones, or even phones from other brands, like Samsung and Blackberry. Most of the major carriers - including AT&T and Verizon - offer similar programs. But be careful - Apple's standards are high, so expect to get rejected if your phone has major damage or corrosion.

You'll get about 30 percent more money on average by going through a buy back site. A number of not-so-trustworthy sites have popped up over the years, but there are some reliable options, like Gazelle, which has become something of a go-to site in recent years for Apple products. Another popular site, Nexworth, is offering more than $400 for a used iPhone X in good condition.

APPLE WATCH WILL CALL FOR HELP IF YOU FALL

But for the most bang for your buck, experts suggest trying an online auction site like eBay. You'll get plenty of eyes on your listing, and prices tend to be higher than buy back sites.  Just be careful of those not-so-hidden fees - eBay charges 10 percent, and if your customer is paying through PayPal, you can add on another 2.9 percent.

And if none of those ideas appeal to you, you can always go the route of selling your old smartphone in person via Craigslist, Facebook, or an app like LetGo or OfferUp.

So when is the right time to sell your old iPhone? Right now! Prices usually fall quickly once the new models hit the streets, so make your plans as soon as possible before the resale market gets over-saturated with product.