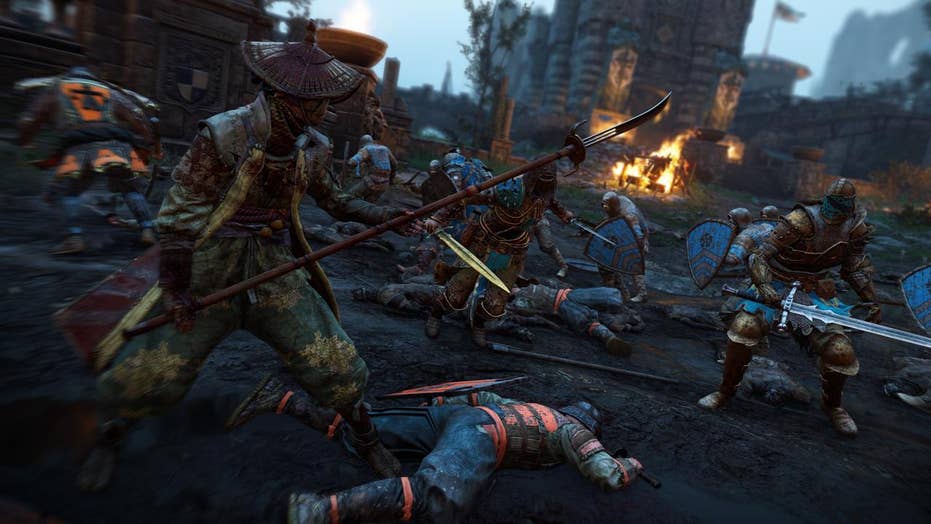 'For Honor': Choose your faction and prepare for battle

Fox Gamer: Matthew Curry gives his review of the difficult and gruesome battles between Vikings, Samurai and Knights in the new game 'For Honor'

There are plenty of decent medieval war-based games on the market, but Ubisoft has created one of the best titles so far with “For Honor." Players can choose one of three factions - Vikings, Knights and Samurai - in this third-person, strategy-based, combat-style game where any mistake could be your last. This online multiplayer title offers plenty of challenges on the way to victory - you may win the battle, but not the war.

“For Honor’s” online presence is a key part of its appeal. Since the previous betas and the title’s final release, gamers has been logging on and racking up time with their favorite classes of character.

Each of the factions has four playable characters - these characters all have their own abilities and combinations of moves that can be harnessed in combat. Players can also unlock armor and new abilities to further customize their favorite characters.

“For Honor’s” storyline is pretty good for a game focused on online multiplayer - players have the opportunity to try out all the heroes without having to worry about getting destroyed online. That said, players that complete the story do receive a massive reward with the ability to purchase equipment and new heroes, so there is an incentive to work through the game.

If you want to feel you’re a god of war, “For Honor” offers plenty of boss battles and the opportunity to toss lots of grunt soldiers around.

Playing online, though, requires a careful strategy. In most games, the enemy players are looking to back you into a corner or push you off a ledge. They will always push you off the ledge. That results in an automatic death and an instant win in one vs. one. While on this learning curve, it may be wise to stay away from anything dangerous, which is easier said than done.

Nonetheless, playing “For Honor” online is an incredible experience once you reach a comfortable skill level. “For Honor” makes combat extremely personal, with players singling each other out and targeting their biggest weaknesses. Hopefully after fighting the same character for a few minutes, you will learn where their go-to block state is, or their favorite combo. The game will make you adapt on the battlefield, because if you don’t, your death may be imminent.

Each faction has a diverse set of characters - from small and fast to hulking, as well as characters that are more “balanced” – there is a something for everyone. The same goes for the different arenas in the game - each arena has a different terrain with various traps or ledges to lure your enemies into. Use the map to your advantage, because if you don’t, your adversaries will.

“For Honor” is a great experience thanks to its online persona. Navigating traps and ambushes from other players will constantly keep you on your feet and in the heat of battle. It may be hard for casual players to enjoy the game because of the difficulty of fighting higher-skilled players. This game rewards practice and strategy, so if you put the time into it, your enemies will notice.