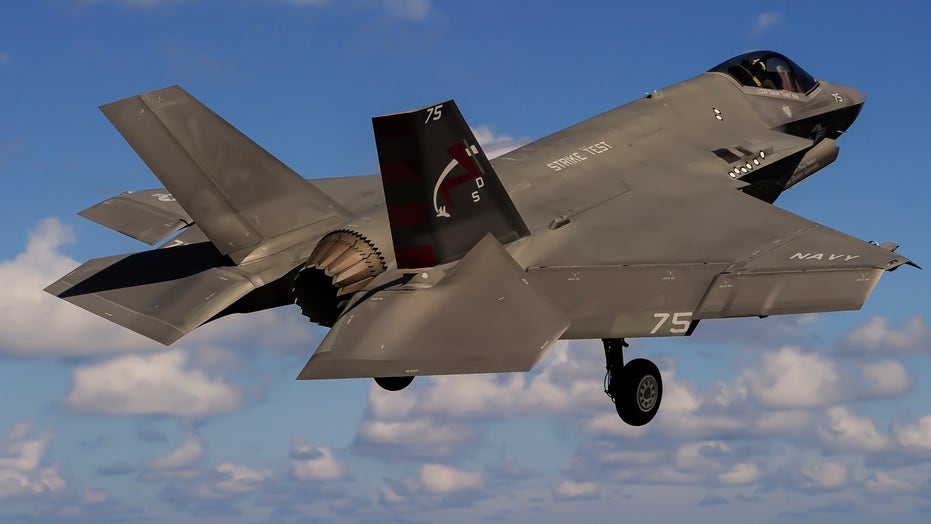 As the F-35C becomes officially deemed “operational” and “ready for war," the Navy is adding weapons, sensors and software to the aircraft to expand its attack envelope --- and may even increase the F-35's ability to carry up to 6 air-to-air weapons in its internal weapons bay.

Such a configuration, which would increase the stealth fighter’s internal weapons load by two missiles, has been designed and implemented by F-35-maker Lockheed Martin -- as an offering for the Air Force and Navy to consider.

“Lockheed Martin has matured design concepts to integrate 6 air-to-air missiles within the internal weapons bays of the F-35A and F-35C variants,” Lockheed Martin spokesman Michael Friedman told Warrior in a written statement a few months ago.

While making a point to emphasize that any decision to increase the weapons capacity of the F-35 would of course need to come from the military services themselves, Lockheed engineers say the new “internally carried” firepower would massive increase attack options -- all while preserving the stealth configuration of the aircraft.

Lockheed Test Pilot Tony “Brick” Wilson recently said that the new program, called “Side Kick,” may slightly increase aircraft weight but not degrade performance. Overall, speaking at a Lockheed event, Wilson explained that the Side Kick initiative will bring an ability for the F-35 to carry six air-to-air weapons in its internal bay -- as opposed to four.

Officials with the Pentagon’s F-35 Joint Program Office tell Warrior they are of course aware of these Lockheed innovations, but naturally do not comment on specific vendor offerings.

At the same time, F-35 developers across the services do consistently talk about expanding the weapons envelope for the F-35 as it surges forward with ongoing modernization. Pentagon F-35 developers have outlined a continuous development modernization strategy aimed at sustaining the F-35s advantages until 2070.

Adding weapons to the F-35 introduces several significant variables, the first and most apparent of which is …. it simply gives the aircraft more “shots” to hit an enemy target in the air. An extra air-to-air missile could mean the difference between success or failure, life or death, in any kind of combat engagement.

A perhaps lesser recognized element of this lies in the upcoming prospect of aerial refueling. If the now-in-development Navy MQ-25 Stingray aerial refueler enables an F-35 to nearly double its range, this allows for the possibility of longer missions, more dwell time and an opportunity to pursue a broader range of targets should new intelligence information emerge. New targets, particularly in a combat scenario wherein an F-35 faced multiple opponents in one engagement, will emerge quickly. More weapons can simply mean more mission kills for an F-35 being attacked by multiple enemy aircraft; the fighter could use long-range sensors to detect enemies and remain engaged in an attack for a longer period of time in combat without having to return for new ammunition. In short, several extra weapons could massively expand the attack envelope for F-35s, should it fly longer missions. Finally, not only would a reconfigured internal weapons bay preserve the fighter’s stealthy exterior, but it also frees up space for the integration of new weapons systems as they may emerge. The larger weapons capacity could not only carry more AIM-9xs, AIM-120Ds and other known weapons but also potentially be complemented by yet-to-exist weapons possibly bringing new technologies.

By integrating the new weapons rack into the “internal weapons bay,” the effort uses engineering to align with key parameters regarding the construction of stealth aircraft. Stealth, engineers explain, needs to be “designed-in” to an aircraft. While an F-35 can place weapons on pylons, they naturally present contours much more detectable to enemy radar. Internal weapons, however, designed to align with an overall stealth design, represent an indispensable element of stealth engineering. As such, stealth construction expands well beyond internal weapons bays to include internal antennas, sensors, fuel tanks and engines. All of this represents efforts to ensure the aircraft does not generate as much of a detectable “return signal” to enemy radar.

The F-35C arsenal already includes GBU-32 and GBU-12 air-dropped bombs, AIM-120 and AIM-9x air-to-air missiles and a 25mm cannon. In the future, the F-35C will have an ability to drop a Small Diameter Bomb II - a high-tech weapon called Stormbreaker able to track and destroy moving targets from great distances using a tri-mode seeker.The SDB II uses millimeter wave, laser and infrared guidance technology and has now been tested on an F-35, Raytheon developers have explained. New weapons, such as the SDB II, are being added through incremental software “drops” engineered for the F-35. Each new drop, or Block, expands the aircraft's avionics, sensors and weapons capability. Block III is now operational and the Air Force is working on a Block IV software drop; this is the step which will enable the F-35 to fire the SBD II.

While the software drops are, by design, implemented in increments, the Air Force is making a decided push to accelerate software upgrades for the platform. The rationale, as articulated by Air Force Acquisition Executive William Roper, is to leverage fast-emerging technological advancements in a continuous, fast-paced fashion -- so as not to be restricted to previously determined “increments” often years apart. In fact, at one point during a discussion with reporters about the combat impact of software upgrades generating near-term results, Roper referred to the quick integration or “cycling” of new software upgrades will likely determine “who wins the next war.””

With a broad wingspan, reinforced landing gear, ruggedized structures and durable coatings, the Navy's F-35C is engineered for harsh shipboard conditions. Its avionics equip the pilot with real-time, spherical access to battlespace information. Being engineered for a carrier, the F-35C's 51-foot wingspan is larger than the Air Force's F-35A and Marine Corps' F-35B short take-off-and-landing variants. It can fire two AIM-120 air-to-air missiles and two 2,000-pound Joint Direct Attack Munitions. The F-35C can reach speeds up to Mach 1.6 and travel more than 1,200 nautical miles, according to Navy information. Several tests and assessments have also ensured pilots could properly use night-combat enabled Helmet Mounted Displays designed to provide more fidelity in “low-light” conditions such as those with little or no moonlight, Pentagon officials tell Warrior.

“For more permissive airspace, the F-35 can carry more than 18,000 pounds of total ordnance internally and externally,” Friedman added.

The emergence of a carrier-launched stealth fighter is intended to give the Navy more combat attack flexibility and an improved ability to fight sophisticated enemy air defenses from a sea-based carrier. Such an ability can allow a maneuvering carrier to hold targets at risk from closer proximity if land-bases are far from the combat vicinity.

The F-35C is also engineered with a new technology called Delta Flight Path which helps pilot land on a carrier deck more easily, Pentagon F-35 developers say. Test pilots, such as Wilson, have credited the F-35C's Delta Flight Path technology with significantly reducing pilot workload during the approach to the carrier, increasing safety margins during carrier approaches and reducing touchdown dispersion. Having a more streamlined and efficient work load can, among other things, free up pilots for pressing missions such as attack operations.

In a previously released document described as the "Naval Aviation Vision," the F-35C is described as being engineered with reinforced landing gear and durable coatings to allow the F-35C to withstand harsh shipboard conditions while delivering a lethal combination of fighter capabilities to the fleet

Carrier landing is never easy as pilots must account for the wind-speed, atmospheric conditions and speed of the ship. Interestly, Lockheed Test Pilot Tony “Brick” Wilson spoke with Warrior several years ago when he was a Navy test pilot with the F-35C program. During this interview, Wilson detailed a number of significant elements of flying a carrier-launched F-35C. Wilson explained to Warrior Maven in previous interviews that pilots follow a yellow light on the flight deck of the ship called the Fresnel Lens to help the trajectory of the approach, called their glide slope.

Kris Osborn, Managing Editor of WARRIORMAVEN (CLICK HERE) can be reached at krisosborn.ko@gmail.com