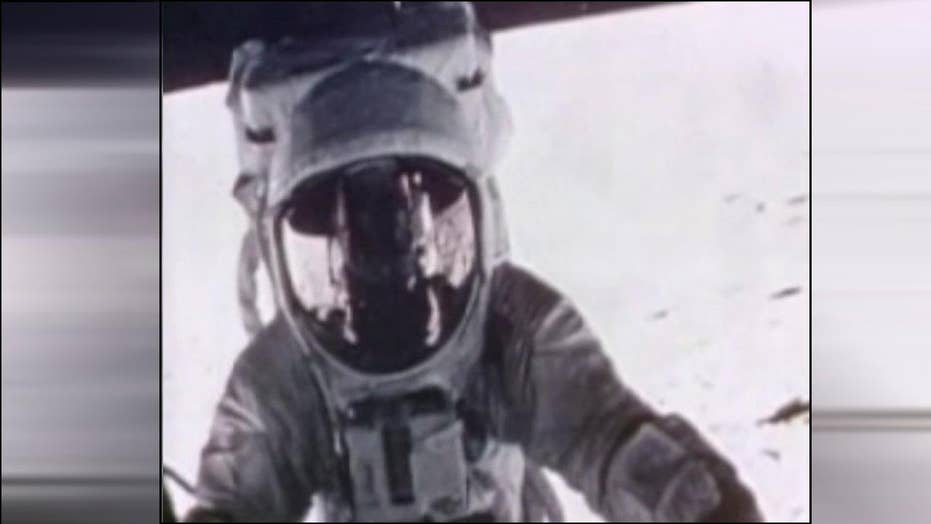 A team at the University of Texas at Dallas spent years digitizing old tapes of the conversations between mission control and the Apollo 11 astronauts.

The phrase "One small step..." has long been enshrined in the American vernacular and culture, thanks to Neil Armstrong speaking it with his feet planted on luna firma 50 years ago. But most Americans probably have heard very little of what the Apollo 11 crew and mission controllers in Houston actually said.

While much of the mission was broadcast live across radio and television in 1969, only the highlights have been replayed, mostly. Dramatized in film and recounted in documentary interviews, the actual play-by-play of the mission had long been forgotten, except for perhaps by those who were involved.

So, when a college professor of speech communications wanted his students to study a prime example of teamwork, the U.S. government sent them to NASA, which is notorious for recording everything it does. NASA would send Dr. John H.L. Hansen of the University of Texas at Dallas to the Johnson Space Center, in Houston, and a room with a bunch of old tape reels on which were recorded the mission control audio of Apollo 11.

"This was really the first time where m any of our students were listening to people who literally made history... and a lot of people behind the scenes," says Hansen.

An engineer by trade, many of Hansen's projects involved the digital cataloging of such recordings. But this time, the recordings were contained on special 30-track tapes recorded on long-forgotten machine called SoundScriber. Each person was recorded to their own track. Hansen and his students had to fix the machine and connect it to a computer to speed along what ended up being more than 19,000 hours’ worth of audio.

And there were plenty of things to hear, such as the Apollo 11 crew interacting with mission control's representative, called a Capsule Communicator, or CAPCOM. This person was the sole person usually talking to the crew in space. At point, the medical sensors monitoring astronaut Michael Collins' breathing was malfunctioning and the CAPCOM struggles to perform long-distance tech support.

"Oh, blasted wires are all connected, is all I know!" exclaims Collins on a crackly radio. Both he and the CAPCOM go back and forth about attaching and detaching the sensors places around his rib cage, but a poor signal is all mission control receives.

"Looks like you're sending a message of some sort," says Houston, further frustrating but seemingly entertaining Collins.

"I promise to let you know if I stop breathing," Collins sighs.

In another clip, Edwin "Buzz Aldrin" chides the folks back at NASA that his view of the Earth is so poor, he can't see any land.

"Hey, Houston, you suppose you could turn the Earth a little bit so we can get just a little more than just water?"

"Roger Eleven.  I don't think we have much control over that," replies the CAPCOM.

Much of the recordings however, reveal technical conversations that document the progress of the mission that was considered mankind's, or humanity's, most advanced, spectacular and dangerous enterprise. Hansen's team was able to not just digitize the recordings, but with use of algorithms, provide transcripts noting who was speaking and when in terms of date and time. The results were turned over to NASA and are also being included on the ExploreApollo.org website.

But for Hansen, all of it serves a prime example of an elite team doing its work; an exercise worth studying.

"They're all kind of working together. And they did their jobs," says Hansen. "No one ever knew who they were or what they were doing, but they actually made sure things were going to be successful."