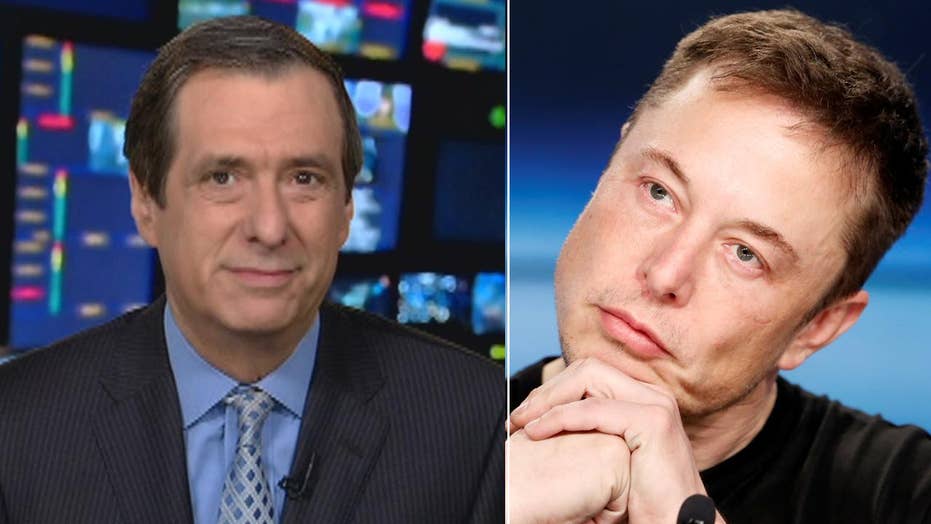 When it comes to his sudden misfire against the media, Elon Musk is losing some of his rocket fuel.

Musk was showered with waves of positive press as he built two great companies. He is an amazing entrepreneur. It’s impossible not to admire the guy.

But now that some difficulties at Tesla and Space X are drawing routine journalistic scrutiny, he is railing against the media—and it’s sounding a bit like a temper tantrum.

Musk somehow got the idea that criticism from the business press automatically means that he’s being treated unfairly. Like any CEO, he has every right to push back. But I’m not sure, based on his recent tweetstorm, that he has a firm grasp on how the media work. Or maybe Musk is just mad, as when he told a Wall Street analyst on a recent call not to ask a “bonehead” question.

At Tesla, Musk has run into some production problems with versions of the Model 3, and the Center for Investigative Reporting has questioned workplace safety at his factories. Plus, a semi-autonomous Tesla sedan slammed into the back of a fire  truck earlier this month. (I do think Musk had a point when he called it “super messed up” that an accident that caused the driver to suffer a broken ankle “is front page news and the ~40,000 people who died in US auto accidents alone in past year get almost no coverage.”)

Journalists have also questioned the reliability of Space X rockets after a pair of critical government reports and a Falcon 9 that failed to reach orbit in January.

But the recent fusillade was ignited by his car company, prompting Musk to tweet: “The holier-than-thou hypocrisy of big media companies who lay claim to the truth, but publish only enough to sugarcoat the lie, is why the public no longer respects them.”

Many folks would agree with the hypocrisy charge, but the second part sounds like an accusation of fake news. And indeed, there was this followup: “Anytime anyone criticizes the media, the media shrieks ‘You’re just like Trump!’ Why do you think he got elected in the first place? Because no one believes you any more. You lost your credibility a long time ago.”

Again, I can hear at least part of America cheering.

But then Musk begins to veer off the road. Another tweet begins with a sharp but pointed critique—“Problem is journos are under constant pressure to get max clicks”—before hitting a ditch: “& earn advertising dollars or get fired.”

Reporters don’t think that way. They cover problems in the auto industry without worrying about losing their jobs (or actually losing their jobs). Tesla doesn’t advertise, so Musk feels at a disadvantage against “gas/diesel car companies.”

But one major reason that Tesla’s luxury cars (Model S starts at $74,500) have been such a phenomenon is the endless headlines that portrayed them as sexy and the founder as a cool visionary.

The wheels really started to come off when Musk proclaimed that he would get into the media criticism business himself:

“Going to create a site where the public can rate the core truth of any article & track the credibility score over time of each journalist, editor & publication. Thinking of calling it Pravda …” (Weird to use the name of the onetime Soviet propaganda sheet, even if tongue-in-cheek.)

First, the idea that the public can rate “the core truth” of any article seems bizarrely out of touch. Why would such a site not be buried under a mountain of partisan barbs from all sides? (He says he’d weed out propaganda bots, but how about propaganda humans?)

Second, how does the public know the “core truth” about any article? And if more than half found a particular story untruthful, would that mean anything beyond your typical, self-selected online poll?

Musk seems unaware that there are fact-checking sites and social media efforts, however flawed, that attempt to hold journalists accountable. He seems to think he’s inventing the wheel here.

Still, he insists: “Even if some of the public doesn’t care about the credibility score, the journalists, editors & publications will. It is how they define themselves.”

In his Twitter poll, 88 percent said his proposed site “would be good,” while 12 percent say “no, the media are awesome.” More than 680,000 votes were cast, but of course this reflects Musk’s nearly 22 million Twitter followers, most of whom are presumably fans.

Musk’s stature is such that he can rip the media and have an important impact on the news business, but not with a gimmicky site. He just needs to tap the brakes a bit in the process.