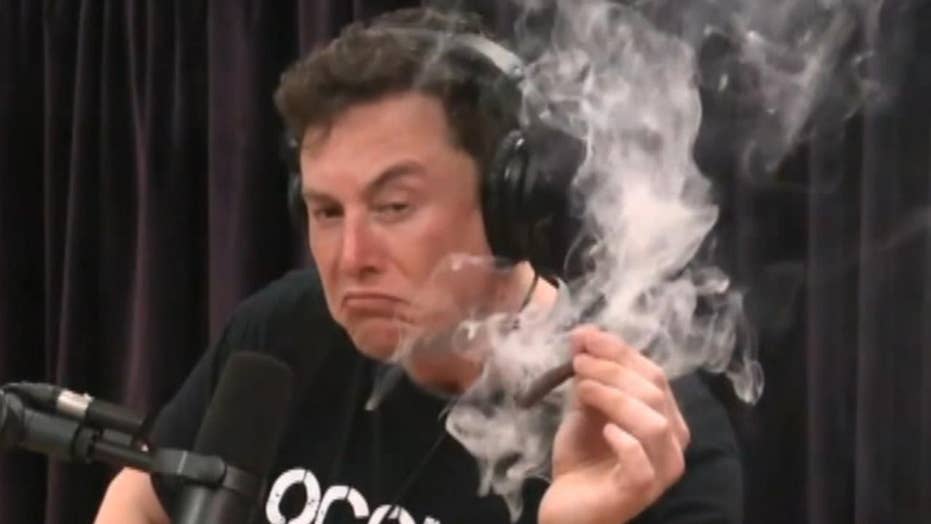 Elon Musk and Joe Rogan share a joint while discussing plans for a Tesla airplane.

Elon Musk may have violated his company’s code of business conduct and ethics after he was captured smoking marijuana with podcast extraordinary Joe Rogan on Thursday, a report stated.

"Tesla also asks that you do your part by following safety and health rules and practices and reporting (either openly or confidentially) accidents or any unsafe equipment, behavior (such as use of illegal drugs) or conditions to your manager, supervisor, Human Resources or the Legal Department," the company's code of business conduct and ethics states. "Violence and threatening behavior are not permitted, and under no circumstances should you bring a weapon to work. Employees should report to work without being under the influence of illegal drugs or alcohol. The use of illegal drugs in the workplace will not be tolerated."

In California, where the podcast was filmed, recreational marijuana use is legal. However, recreational use across the U.S. is illegal. CNBC pointed out people could argue Musk was "under the influence" while at work because he was representing the company in the interview.

Following news of the smoky interview, shares of Tesla Inc. fell more than 6 percent early Friday. Also on Friday, Tesla Chief Accounting Officer Dave Morton resigned after a month on the job, citing public attention and the fast pace of the post.

In the controversial interview, Rogan sparked the tobacco and marijuana mix while Musk was talking about an idea for an electric plane, which he said would be capable of vertical takeoff and landing (VTOL). However, he said it wasn’t a major priority for him. 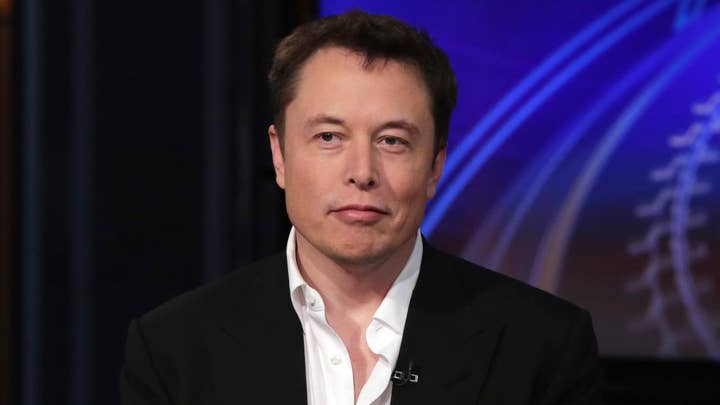 “These things are much more important than creating electric supersonic VTOL,” Musk said.

The tech mogul’s latest stunt comes after he continued his war of words this week with a British diver who was instrumental in saving a Thai boys soccer team that had been trapped in a cave for weeks.

Musk called Vernon Unsworth a “child rapist” and claimed he moved to Thailand to find a “child bride,” he wrote in an email to BuzzFeed News.

“He’s an old, single white guy from England who’s been traveling to or living in Thailand for 30 to 40 years, mostly Pattaya Beach, until moving to Chiang Rai for a child bride who was about 12 years old at the time,” Musk wrote to the news organization.

Meanwhile, dozens of employees described Musk’s concerning behavior and the long hours working at Tesla to Business Insider. The employees said they work about 8 to 12 hours a day and that Musk “crawls into a corner somewhere” to catch a few hours of shut eye.

“He’s here all the time. I know people have seen him sleeping on the floor under a desk. All of a sudden, everybody's all walking out and you look around and someone is curled up under the desk, come to find out it's Elon,” Miguel Carrera, a manufacturing tech lead, said.

Musk's erratic behavior in recent months has raised eyebrows. Last month, he sent out a tweet where he said: "Am considering taking Tesla private at $420. Funding secured."

He sent shares into a frenzy with the tweet, spurring the U.S. Securities and Exchange Commission to launch an investigation into the veracity of his statement.

But he subsequently decided that Tesla will remain a publicly traded company.

His $420 figure also sparked speculation that it was a reference to marijuana.

"But I was not on weed, to be clear. Weed is not helpful for productivity. There's a reason for the word 'stoned.' You just sit there like a stone on weed."