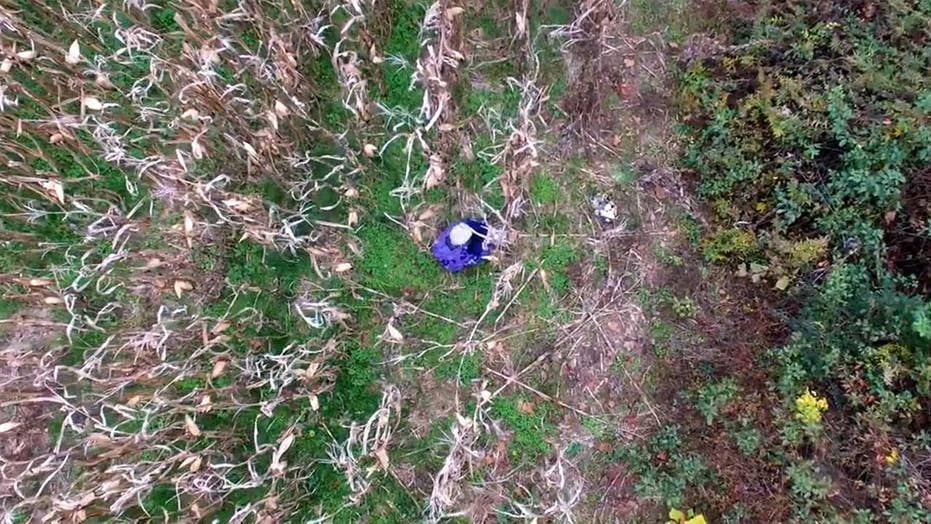 An 81-year-old woman who was lost in a North Carolina cornfield on Sunday was found in less than 30 minutes after officials used a drone to locate her, a video released by police showed.

Mary Brown was walking near her home when she got lost about 11:30 a.m. on Sunday, WFMY reported. Randolph County police launched a drone to locate her after the “difficult terrain and a cornfield” slowed the search down.

"[The cornfield] ain't too far, I went a long way from there. I went to the river and then backtracked," Brown told WFMY.

FORESTS LOST IN WILDFIRES COULD BE REPLANTED BY DRONES

Drone video posted on Randolph County Sheriff’s Office’s Facebook shows the woman standing near the edge of the massive cornfield as two police officers approached Brown while the device hovered over her.

“The Drone pilot, Officer Adam Krolfifer was able to locate the missing person within 25 minutes,” Sheriff Robert A. Graves wrote in a Facebook post.

“The Drone program at the Sheriff's Office is one of our newest projects and one more project in our effort of going from 'Good to Great' in professional community service,” he added.

The department has used the drone in the last two months to also film two homicide scenes and catch a suspect trying to avoid a drug arrest, according to WFMY.