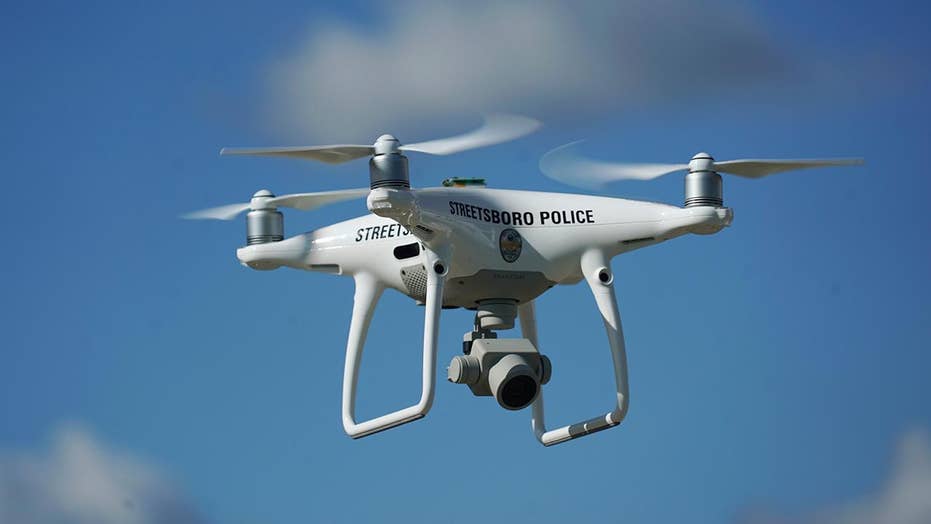 Lea Gabrielle has the story.

A drone operator was arrested on Sunday for allegedly flying a small aircraft over two football stadiums in California, prompting an investigation by federal, state and local law enforcement.

The suspect, who was not immediately identified, used a drone to distribute anti-media leaflets over NFL crowds during the game between the 49ers and the Seattle Seahawks at Levi’s Stadium, according to The San Francisco Chronicle.

The drone then moved on to the Coliseum stadium in Oakland and attempted to drop flyers over people watching the Raiders game against the Denver Broncos, authorities said.

"If they are dropping leaflets, they can drop anything really, if you think about it, and it's kind of scary to think that someone can just fly something over during the game and nobody can really stop it," Ariana Rivera, a 49ers fan, told local KGO-TV station.

Most leaflets did not reach the people, as they were carried away by the wind.

Santa Clara Police Lt. Dan Moreno said the man was motivated by “something about free speech and his belief that television stations are corrupt,” the Chronicle reported.

The drone enthusiast broke a number of laws by flying the device over the stadiums. It is illegal to fly a drone within five miles of an airport and local laws in Santa Clara ban any drones within 500 yards of a facility, according to the police chief.

Both stadiums were within the five mile radius of an airport.

“If one of them were to crash, the blades are sharp — we certainly don’t want them hitting the crowd or the players,” said Moreno, the Chronicle reported. “It’s kind of up to the abilities of the drone operators and there is no way of knowing if they know what they are doing. A stadium is not a good place to fly a drone.”