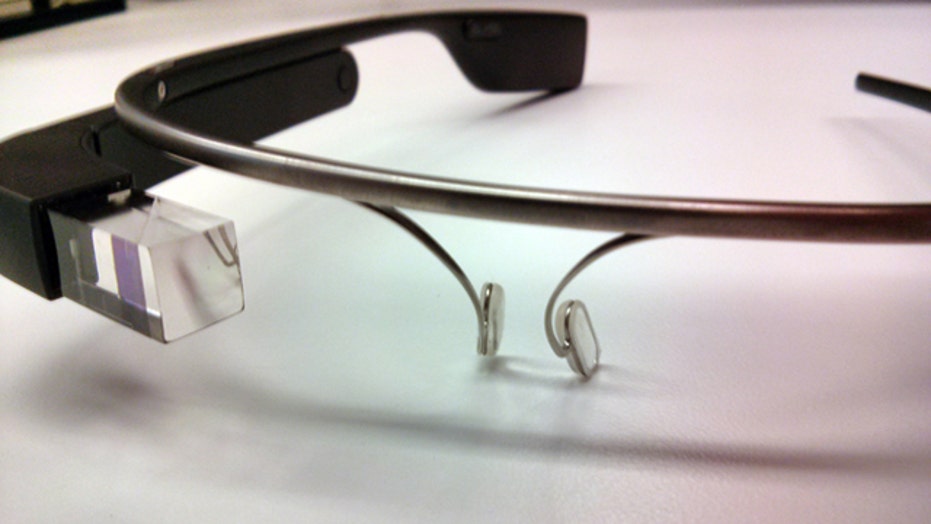 Is the traffic violation legal?

LOS ANGELES – An early adopter of Google's Internet-connected eyeglasses plans to fight a citation for wearing the device while driving in San Diego, saying the technology makes navigation easier than smartphones and GPS devices.

Driver Cecilia Abadie was pulled over for speeding Tuesday evening, when a California Highway Patrol officer noticed she was wearing Google Glass and tacked on a citation usually given to drivers who may be distracted by a video or TV screen.

A challenge to what may be a first-of-its-kind citation could force authorities to re-examine laws and consider how best to regulate evolving gadgetry that will one day become mainstream.

The lightweight eyeglasses, which are not yet widely available to the public, feature a hidden computer and a thumbnail-size transparent display screen above the right eye. Users can scan maps for directions -- as well as receive web search results, read email and engage in video chats -- without reaching for a phone.

About 10,000 have been distributed so far in the United States to "explorers" like Abadie, and this week Google announced another 30,000 would be available for $1,500 apiece. Abadie, a software developer, got what she describes as the life-changing technology in May.

In an interview Thursday, she said she was not using her Google Glass when she was pulled over for allegedly going about 80 mph in a 65 mph zone on the drive home to Temecula after visiting a friend.

"The Glass was on, but I wasn't actively using it" to conserve the battery, she said. The device becomes inactive if it's not asked to perform a task.

Abadie expressed surprise that wearing the glasses while driving would be illegal and said she's "pretty sure" she will fight the ticket. First, she said, she needs to seek legal counsel. In the flurry of online commentary her traffic stop has generated, several people saying they are attorneys offered their services.

"The law is not clear, the laws are very outdated," Abadie said, suggesting that navigating with the device could be less distracting than with a GPS unit or phone because drivers don't have to glance down.

"Maybe Glass is more a solution to the cellphone problem than a problem," she said.

It's unclear whether a citation for Google Glass has been issued before. The CHP said it is not sure whether an officer within its own ranks has written one, and an agency spokesman pointed out hundreds of law enforcement agencies in California alone can write traffic tickets.

What is clear, CHP Officer Marc Hale said, is that drivers should not use Google Glass.

"Anything that takes your attention away from the motoring public in front of you is a distraction," Hale said.

Though Google Glass users can continue looking ahead, by glancing at the screen they still divert attention from the roadway and that can make the headgear dangerous, according to David Strayer, director of the University of Utah's Center for the Prevention of Distracted Driving.

"Your eyes aren't looking where they need to look," said Strayer, who has tried Google Glass (though not behind the wheel). Like Abadie, he noted that the law lags far behind the technology.

Legislators in at least three states -- Delaware, New Jersey and West Virginia -- have introduced bills that would specifically ban driving with Google Glass.

A spokesman for Google did not reply to a request for comment. On its website, Google says this about using the headgear while driving: "Read up and follow the law. Above all, even when you're following the law, don't hurt yourself or others by failing to pay attention to the road."