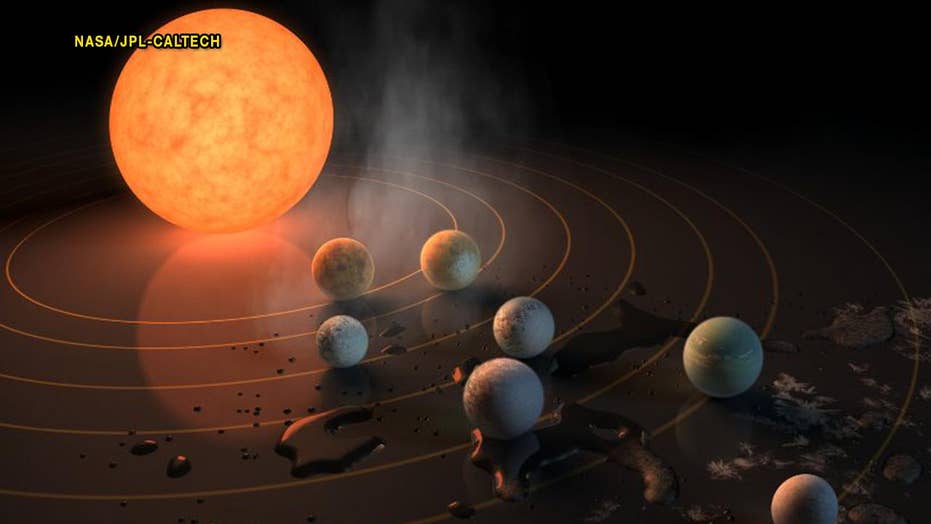 Could new Earth-like exoplanets be ripe for colonization?

Following the exciting announcement on Wednesday that scientists had discovered a record-breaking seven Earth-sized planets orbiting a distant star, people have taken to Twitter to suggest new names for the exoplanets.

And yes, naming them after the seven dwarves— Dopey, Bashful, Sneezy, Sleepy, Happy, Grumpy and Doc— has been suggested more than once. That idea makes good thematic sense, because the sun that the planets orbit is actually a very common one called a dwarf star.

The concept became a trending topic on Twitter, and the ideas ranged from the playful to the political to the serious and somber.

#7Namesfor7NewPlanets .... lets keep this easy people. No one can remember a string of 40 letters and numbers. pic.twitter.com/tQUdw7pIuA

Other ideas touched on "Top Gun" characters like Goose and Ice Man and Maverick, and dead stars like Prince and Tupac.

Some made serious points, with one person calling attention to the lead-tainted water in Flint, Michigan.

KEYS TO LIFE? SCIENTISTS EXPLAIN HOW NEWLY-DISCOVERED EXOPLANETS COULD BE HABITABLE

There's even been a suggestion that the seven planets be named after the seven astronauts who died in the explosion of the Space Shuttle Challenger.

Sure, the planets already have official names. Because they orbit a star called TRAPPIST-1, they are known as TRAPPIST-1a, 1b, 1c, etc. But that’s no fun.

Perhaps the most important part of the new discovery is not the fact that there are seven planets in total, but that three of the planets are in the right place around the star to make them potentially capable of supporting life— they’re located in what NASA calls the “habitable zone” where liquid water might be able to exist on rocky planet’s surface.

Experts say that they are excited by the find, and that they’ll keep studying the planets (which are about 235 trillion miles away) to learn more about them and see if any of them might actually be able to support life.

The seven planets are just a drop in the cosmic bucket of known exoplanets— planets outside of our own solar system— that scientists know about: there are currently 3,458 confirmed exoplanets, according to NASA.