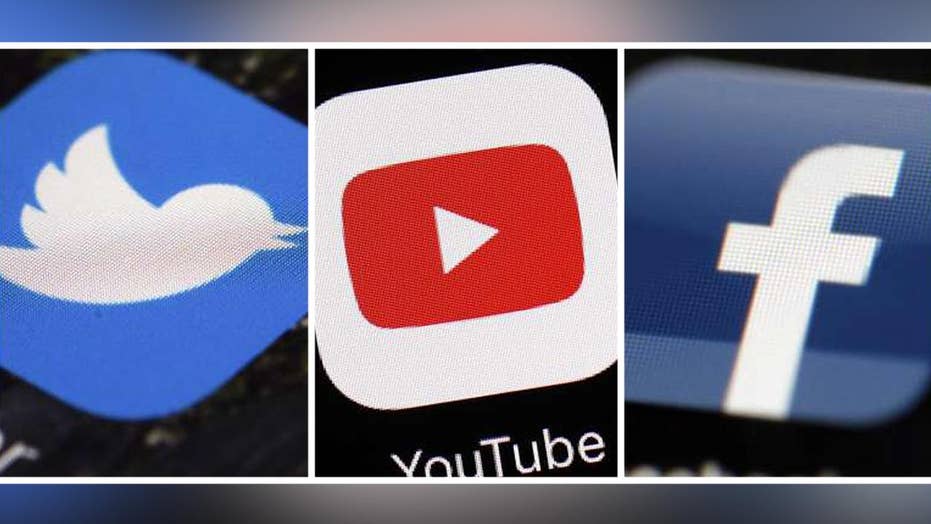 Experts say social media platforms are a reflection of their users and companies will benefit from making sure everyone's First Amendment rights are protected online.

Let’s face it: The social media landscape has become unfriendly territory in today’s hot political climate, with no signs of cooling down in sight. The election of Donald Trump seems to have been the boiling point in an online world of partisan posts: the mass unfriending, mudslinging, people severing friendships and relationships.

But that’s just the tip of the virtual iceberg for this President. He’s convinced – as are many others - that there is collusion (yes, he actually used that word) going on between social media platforms like Facebook and Twitter to stifle conservative voices and views. But this isn’t a “deep state” conspiracy. Some conservative social media users say they have proof to back it up.

“My politics to do not align with what Facebook wants,” claims Michael Bronspigel, the administrator of the “Capitalism” page on Facebook. Bronspigel says there’s something fishy going on, claiming the social network is limiting the number of users who can follow his posts. “They know that they can’t take down my page, but they’re doing something far shadier – they stop my page from reaching people.  It’s called a shadow ban.”

Facebook also ran afoul of the White House for briefly restricting the account of Social Media Director Dan Scavino. The company apologized, saying its automated systems mistook Scavino for a bot. That digital dustup fueled the President’s call for an investigation into anti-conservative bias on social media.

The companies insist their platforms don’t have any political bias, but complaints of bias are not just directed at social media administrators. Many users—on both sides of the aisle—say the only partisan problems they’ve run into is with their friends, who quickly become ex-friends. “I have a lot of conservative friends that do not agree with my views,” one woman told us. “They have either called me or unfriended me.”

Others prefer to steer clear of political posts altogether. “I try not to, because it usually starts a hell of a fight,” a Trump supporter from Iowa said. But for others, politics can’t break the bond of friendship. One teenager told us he’s fortunate to have avoided the tidal wave of unfriending in these hyper-charged times. “It doesn’t really get to that point,” he said of political disagreements with his friends.

Ultimately, experts say the platforms are a reflection of the users themselves. “Social media is an example of humanity, so there are always going to be some bad apples there,” says Carley Shimkus, a Social Media Reporter for Fox News Headlines 24/7.  Shimkus believes social media companies will benefit from making sure everyone’s First Amendment rights are protected online. “They can’t just pick and choose what political perspective they want to prop up and do so because they may agree with that.”

Some conservatives are now calling for new legislation to make social media legally responsible for the content on their platforms. But they’ve got an uphill battle through a divided Conrgress, with current law shielding providers and users of an “interactive computer service” from liability when it comes to sharing content provided by a third-party.