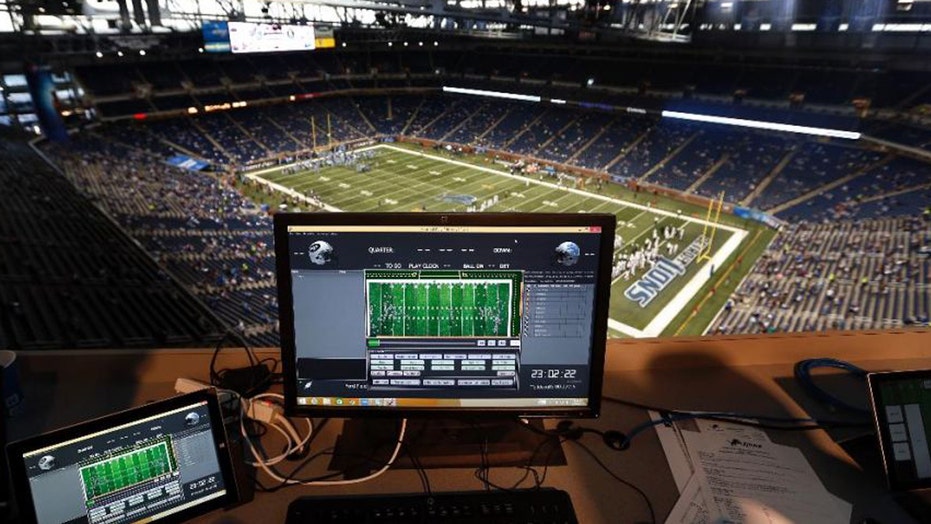 Using chips to track NFL players on the field.

Two little chips inside NFL players’ shoulder pads are giving football coaches and fans a lot to talk about.

The National Football League has partnered with Zebra Technologies to track players' movements on game days with radio frequency identification (RFID) technology. And the stats are helping those both on the field and off.

Players are outfitted with motion sensor-laden shoulder pads and 20 receivers are placed around every stadium. The sensor and receivers speak to each other to collect data on the players’ movements. The RFID chips can communicate the players’ velocity, speed, distance traveled and location.

Zebra Technologies General Manager Eric Petrosinelli said this info is invaluable to teams because it allows coaches to individually assess a player’s performance like never before.

“What the NFL wanted to do was to dimension-alize the game in a new way. To give both fans and coaches new information about the game,” he told Fox News. “How fast players are running, what is the separation or distance between different receiver, where are people lining up on the field of play, where are they being most thrown to.”

The information received can also help teams prevent potential injuries because it shows players exactly how much strain they are under during a game.

“Player safety and health is always on the forefront. This information definitely helps to make the game better,” said Petrosinelli.

But the data collected by Zebra goes beyond just helping those playing the game on the field.

Once the information from Zebra is stored by the National Football League, NFL-partner Microsoft gathers and displays the data to fans in the form of “next-generation stats”. These statistics are available for the NFL app on Windows 10 and the Xbox One- and they could help determine how you shape up that fantasy football roster.

And Zebra is looking beyond tracking just the players on the field. The company is looking to run analytics on the actual on-field balls - working with athletic manufacturer Wilson in the process.

The company’s trackers are also used in soccer, basketball and –most recently- college football.