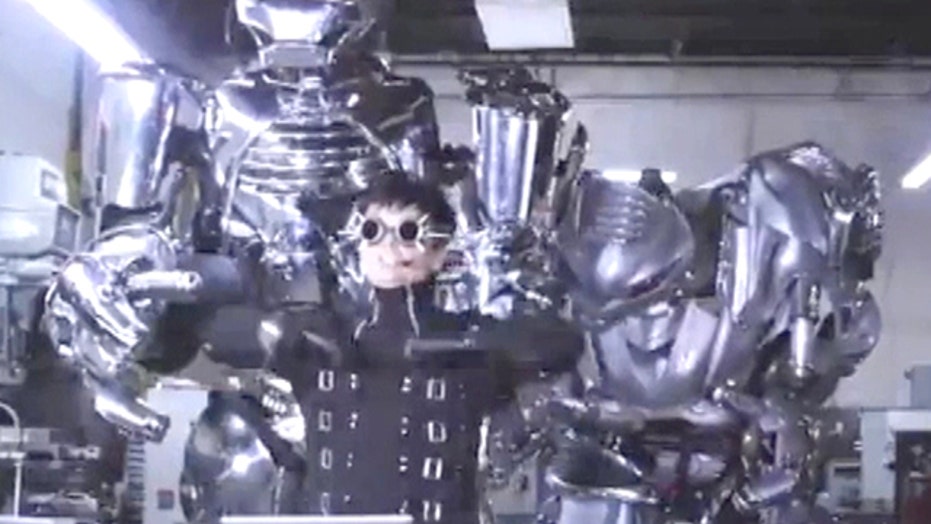 Don't fear a Terminator-like future where robots take over the world -- they won't threaten human annihilation. But they just might rock.

Meet JG and the Robots. The Texan artist behind the band has just released a new music video featuring two, 8-foot-tall robots singing and dancing to their debut single. These robots are more musically gifted than most of today's pop stars ... hopefully they don't get caught up in their new fame.

The first fully wearable Iron Man Mark III suit is here! The $35,000 dollar suit is made by the Iron Man Factory and can fit anyone between 5 foot 5 inches and 6 foot 1 inch. It weighs 7 pounds, runs on triple-A batteries and is made out of carbon fiber -- and reportedly only available in China, following Marvel's use of muscle.

Still, wouldn't it be nice to have some extra cash to spend on necessities like this super hero suit? We can all dream.

Facebook is adding video ads to your newsfeed. So while you're scrolling down to find out if your ex is in a new relationship, you may have unwanted pop-up video ads telling you to sign up for a singles dating site.

But let's be honest, will you stop logging on due to the commercialization of what was supposed to be a site for staying in touch with friends... or will you just grumble, grin and bear it?