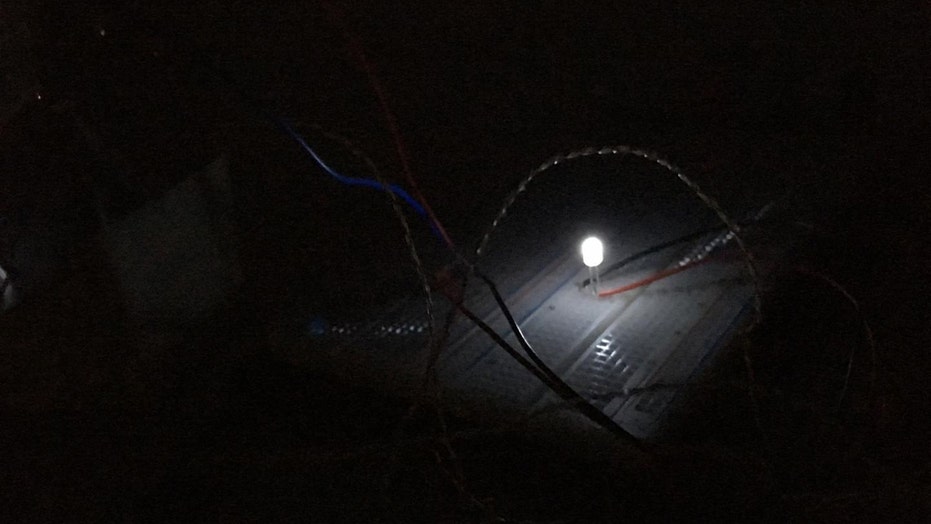 An innovative new device is able to generate electricity from the night sky, according to a new study.

The research, published in Joule, highlights a new device that uses radiative cooling and is able to generate enough electricity for an LED light bulb, even at night.

"Remarkably, the device is able to generate electricity at night, when solar cells don't work," the study's lead author, Aaswath Raman, said in a statement. "Beyond lighting, we believe this could be a broadly enabling approach to power generation suitable for remote locations, and anywhere where power generation at night is needed."

'FLYING TAXI' PULLED OVER BY POLICE ON THE RIVER SEINE IN PARIS: REPORT

The device, which is still a prototype, was put on a table, three feet above the ground on a rooftop in Stanford, Calif. It has a polystyrene enclosure that is covered in aluminized mylar to "minimize thermal radiation and protected by an infrared-transparent wind cover," according to the statement.

It eventually drew heat from the surrounding air and released it back into the night sky through a simple black emitter.

Radiative cooling, as described by Space.com, allows a surface to pass its heat to the atmosphere and is cooler than the air that surrounds it.

"This phenomenon explains how frost forms on grass during above-freezing nights, and the same principle can be used to generate electricity, harnessing temperature differences to produce renewable electricity at night, when lighting demand peaks," the statement added.

Raman and the other researchers believe that if they're able to make some modifications, the device could be used on a wider scale and also in particularly hot and dry climates.

"Our work highlights the many remaining opportunities for energy by taking advantage of the cold of outer space as a renewable energy resource," Raman added. "We think this forms the basis of a complementary technology to solar. While the power output will always be substantially lower, it can operate at hours when solar cells cannot."