The technology show CES 2021 had the usual high-tech parade of TVs, laptops, phones and robots, but masks made this year’s event different. 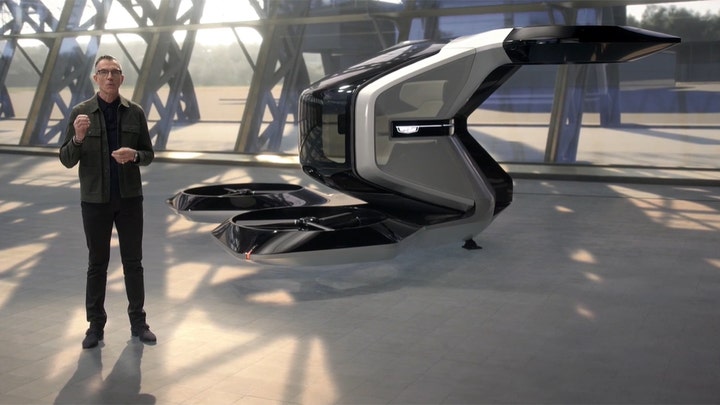 Here are some of the highlights of CES 2021, which ends on Thursday.

– The AirPop Active+ comes with smart sensors that measure pollutant levels and can track things like your breathing rate. AirPop says its masks have the bacterial barrier protection of medical masks but the comfort of consumer masks. The AirPop Active+ mask with four filters that last for 40 hours each is priced at $149.99.

– Project Hazel is an N95 mask from Razer with a built-in mic and amplifier so your speech isn’t muffled. A detachable ventilator regulates airflow and a charging case is lined with a UV light interior to kill bacteria and viruses as the mask charges. No price or release date yet.

The LG Rollable has a display that expands from a smartphone to a tablet. While there are few details at this stage, it doesn’t fold with a hinge like the Samsung Galaxy Z Fold2 but expands, or unfurls, into a bigger device. TCL was also showing off a 6.7-inch AMOLED rollable display aimed at smartphones. It can expand to 7.8-inches.

CareClever’s Cutii is a companion robot for seniors. You can speak to Cutii naturally, it automatically moves to you when needed, and it avoids obstacles automatically. If you fall, Cutii will come if you call and dial for help.

The Pocketalk S translator can instantly translate another language and allows you to "converse" in 82 different languages. It also has a touchscreen for text translation. Its text-to-translate camera instantly recognizes and translates text, the written word and signs. The Pocketalk S is available now for $299.

The HP Elite Dragonfly G2 is a standard-sized 13.3-inch laptop but weighs only 2.2 pounds due to its lightweight magnesium chassis. That’s more than half a pound lighter than Apple’s MacBook Air. You can equip it with 5G mobile wireless. It comes with Intel’s latest 11th-gen processors.

iPad as a desktop computer:

The Kensington StudioDock: besides its eye-catching aesthetics, you can dock your iPad while charging your iPhone, AirPods and Apple Watch. Attach a Bluetooth keyboard and mouse and it looks a lot like an iMac.

TCL introduced its mid-range 6-Series 8K TVs at CES. TCL is known for offering affordable TVs so we may be getting the first taste of more down-to-earth pricing on 8K. To date, 8K TVs – with four times the number of pixels of 4K – have been priced only for consumers with lots of disposable income. Pricing has yet to be announced but the 6-Series has always been a mid-range line for TCL.

GM unveiled a vertical takeoff and landing drone concept branded as a Cadillac. It has single- passenger capacity and can fly from rooftop to rooftop hitting speeds up to 55 mph.