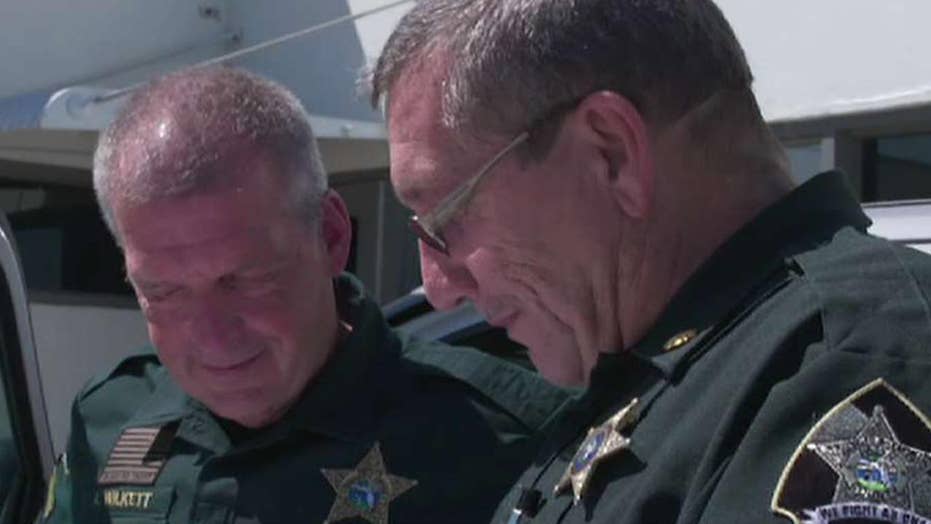 It’s one of the world’s deadliest and most barbaric global ventures.

Each year, human trafficking generates more than $150 billion in profits – at the expense of human life – with children accounting for around a third of its victims. It’s a practice that operates underground in almost every country on the planet, and despite the resources thrown at it -- by law enforcement, non-governmental organizations, social media campaigns – it only seems to grow.

Experts on the topic say the tools used in even in the most developed societies fall far short of what is needed to put a dent in this grim and growing enterprise.

But artificial intelligence (AI) and machine learning (ML)? Those could change the game.

“Anytime you have to ingest large amounts of data and information, you try to identify trends and patterns, and it can be very difficult to do well,” Alma Angotti, managing director at Navigant Consulting and a former U.S. regulation official for the Securities and Exchange Commission, and the Financial Industry Regulatory Authority told Fox News. “Typically, it has been a rules-based system – like flagging transactions over a certain amount such or with a certain amount of frequency. The problem with that is you can’t identify patterns and problems.”

SAMARITAN: REVOLUTIONARY APP LETS USERS DIRECTLY DONATE TO AND INTERACT WITH THE HOMELESS IN THEIR NEIGHBORHOODS

The U.S. Department of Homeland Security defines trafficking, also referred to as modern-day slavery, as a crime that “involves the use of force, fraud,or coercion to obtain some type of labor or commercial sex act.”

AI and ML, Angotti said, have the power to analyze more than just financial activity.

“It can highlight social, economic and even political conditions from hundreds of thousands of sources,” she said. “For example, law enforcement can look at young women of a certain age entering the country from certain high-risk jurisdictions. Marry that up with social media and young people missing from home, or people associated with a false employment agency or who think they are getting a nanny job, and you start to develop a complete picture. And the information can be brought up all at once, rather than an analyst having to go through the Dark Web.”

In this Oct. 27, 2015, photo, Dawn Stenberg, from the Junior League of Sioux Falls, stands near the group's anti-human trafficking billboard in Sioux Falls, S.D. (AP)

The current anti-money laundering (AML) environment, Angotti pointed out, relies on “simple transaction-monitoring rules to detect human trafficking," and it "simply does not have the capacity to consider, weight and examine the necessary number of inputs.”

“The problem with it now is that it produces a lot of false positives, so the real issues are lost in the weeds. If you use more machine learning, you can program more variables and machines can use the information it has and then teach itself how to better identify patterns,” she said.

“You get better alerts, and alerts that are more likely to recognize real risks.”

Despite the potential, for now those tools remain underused, Angotti said.

“The government could increase the leveraging of technology to support trained law enforcement in tackling this complex issue. It would be helpful to match dataholders – government and financial institutions – with computational science and AI partners to provide deployable tools to identify human trafficking activity and the money flows associated with it,” she said. “The same networks that traffickers use to recruit their victims can also be used as the source of data to detect criminal activity.”

QuantaVerse CEO and founder David McLaughlin said that while small steps are having a significant impact, there is much more that can be done. Artificial intelligence can follow the money created by human trafficking operations. That means that instead of identifying only lower-level human traffickers, the “beneficial owners” or kingpins of these operations can be discovered, he said.

“AI is better at finding suspicious financial activity than legacy technology alone. Today, banks are required by regulators to report unusual banking activity by filing Suspicious Activity Reports (SARs) to FinCEN. To do this, banks’ anti-money laundering (AML) teams currently rely on antiquated, rules-based Transaction Monitoring Systems (TMS),” McLaughlin explained. “Suspicious transactions are ‘flagged’ by the TMS and handed over to human investigators to determine if a flag should be reported to the authorities.

" Unfortunately, 95 percent of the flags produced by the TMS systems are benign and waste vital investigative resources.  Even worse, TMS systems are missing crimes that are going through the banking system undiscovered.”

McLaughlin said AI automates the investigative digging and then produces reports of its findings. AML investigators can now spend their valuable time/expertise analyzing  AI findings and making determinations on what may be human trafficking activity faster than ever.

Technology is also playing a prominent role in the private sector, with a community rather than a top-down approach. The revolution of apps has also revolutionized the fight against modern-day slavery, with an added focus on the next step – converting data into something actionable.

U.S. researchers developed an AI engine earlier this year, entitled Hotels-50K, which recognizes a hotel from an image of a hotel room -- a critical development for human trafficking investigations.

“Images directly link victims to places and can help verify where victims have been trafficked and where their traffickers might move them or others in the future. Recognizing the hotel from images is challenging because of low image quality, uncommon camera perspectives, large occlusions (often the victim), and the similarity of objects (e.g., furniture, art, bedding) across different hotel rooms,” the developers wrote. “To support efforts towards this hotel recognition task, we have curated a dataset of over 1 million annotated hotel room images from 50,000 hotels.”

Those images include professionally captured photographs from travel websites and crowd-sourced images from a mobile application, the developers continued, which are more similar to the types of images analyzed in real-world investigations. The analysts then endeavor to present “a baseline approach based on standard network architecture and a collection of data-augmentation approaches tuned to this problem domain.”

Meanwhile, the “STOP APP” is designed to “enable people anywhere in the world to report suspicious incidents of human trafficking anonymously and securely.” The information submitted is then uploaded directly into a secure database for the app’s parent organization, Stop the Traffik, where it is analyzed alongside multiple different datasets on human trafficking and modern slavery activity. The raw data is used to develop trend reports and alert authorities and communities where necessary.

The likes of IBM have partnered with international money exchange authorities such as Western Union to develop a cloud-centric database to detect questionable payments, identified through established patterns and concerns proven to have highlighted trafficking cases in times past.  And the team at HumanSlavery.com is currently developing a “unique solution” involving a reporting mechanism with location tracking that utilizes both existing sensors such as cameras and heat sensors in addition to law enforcement databases to create a map – using artificial intelligence – on which authorities can then operate.

However, experts caution that technology can only ever be a slice of the solution. "The first thing to keep in mind is that human trafficking is a fundamentally human problem, to which AI can only be a small part of the solution. Sex trafficking, for instance, arises as part of a dysfunctional ecosystem created by a host of economic, sociological, and regulatory problems,” added Notre Dame Adjunct Professor of Law, Alexandra Yelderman. “At best, AI will be as good as humans at untangling those complex issues, but probably won't be better.”