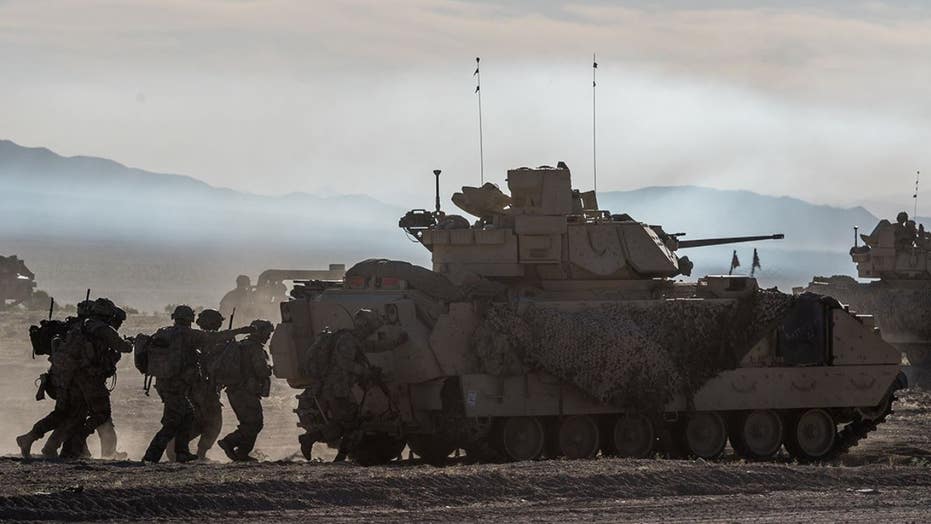 The Army acquisition community has set up a dedicated COVID-19 Task Force to address emerging challenges related to the widespread impact of the virus -- intended to both safeguard the workforce, track the impact upon major defense suppliers and sustain necessary weapons development.

The intent is naturally to ensure that the Army remains “ready for war” in the event that threats and challenges emerge during the outbreak, by conducting a series of industrial base reviews to assess weapons and technology development with major defense contractors and their subcontractors. The Army wants to ensure that, despite some anticipated short-term setbacks, its current and future weapons systems are ultimately not compromised in any substantial way.

“The Army has been looking at the industrial base and our ability to maintain programs for continued readiness,” Dr. Bruce Jette, Assistant Secretary of the Army, Acquisition, Logistics and Technology, told reporters. “We are running a day to day work assessment to make adjustments according to a running estimate, to make sure we are ahead of this.”

The effort, however, is not without major challenges, Jette mentioned, because any delays or production setbacks can generate a “cascading effect” by extending from major vendors to sub- tier suppliers. The Army is tracking detail on supplier projections for 30, 60, and 90 days ahead.

“The bigger primes have been transparent where they do not have to be so that we have an understanding of the challenges. If a company produces a motherboard that goes into another system, there can be a cascading effect with the supply chain,” Jette said.

The U.S. Army is factoring the COVID-19 pandemic into its efforts to stay ready for whatever may occur. (U.S. Army)

“In some cases the lines have been thinned and the production rate has gone down, but nothing has gone down to the point where we are at risk of major delays. At this point, we will not miss FUEs,”(First Unite Equipped) Gen. John Murray, Commander, Army Futures Command, told reporters.

In large measure, the Army is working to support the Pentagon’s broad guidance to the military, which essentially instructs that weapons development priorities “go on” and maintain focus during the COVID-19 pandemic.

“If your contract or subcontract supports the development, production, testing, fielding or sustainment of our weapons systems/software, or the infrastructure to support those activities, you are considered Essential Critical Infrastructure,” Ellen Lord, Under Secretary of Defense for Acquisition and Sustainment, wrote in a recent memo to the force.

As part of this broad effort, the Pentagon announced April 8 that DoD has formed a specific and dedicated partnership with the U.S. Small Business Administration by collaborating on several webinars and discussion forums to sustain industrial activity and continued prosperity.

Jette said he has talked to CEOs from most of the big 10 Army suppliers who, he mentioned, “felt Mrs. Lord’s letter was useful in helping them stay focused. In all cases they feel they have been able to overcome.”

“We are looking at and working through each of the primary programs and doing things to keep things on track. I’m not giving up on any of our timelines until we look at mitigation strategies. We are looking far out to make sure we can get ahead,” Murray said.