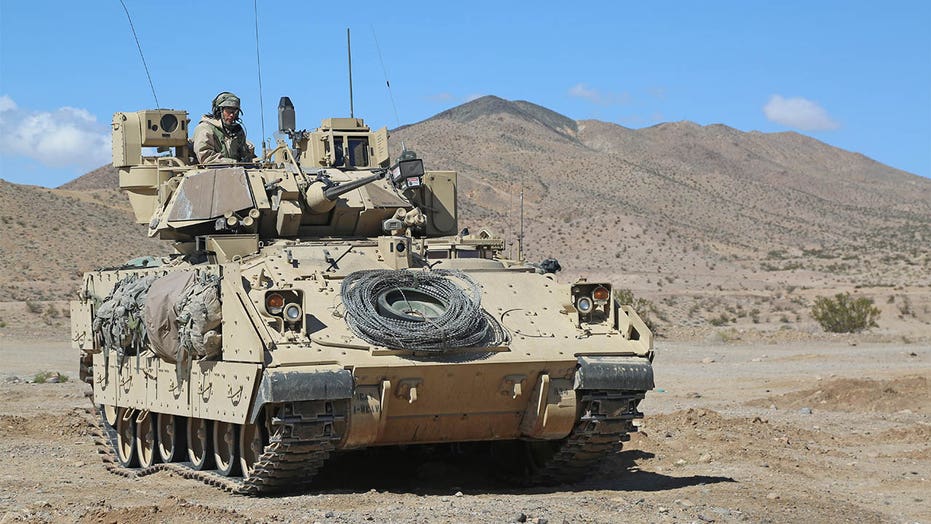 The sky may be the limit, regarding U.S. Army thinking about what its new armored infantry carrier might be in terms of shape, size, weapons, armor configuration sensors, and other technical parameters.

After several years of review, exploration, and detailed analysis of various industry offerings and emerging technologies, the question of just what precisely a next-generation armored vehicle should consist of may remain wide open. The expanding of the technical and development aperture pertains to the ongoing Army effort to build a new replacement for its decades-old Bradley Fighting Vehicle.

"The US Army has removed formal requirements in its final request for proposals for the Optionally Manned Fighting Vehicle. The idea is to be as open as possible with companies, proposing no requirements to give them as much ‘latitude’ as possible to innovate to solve the service’s problems," said a statement from Army Futures Command.

The goal of the approach is clear and straightforward--innovation.

"We are not going to put a nail in a single requirement until we have to," Brig. Gen. Richard Coffman, director of the U.S. Army Futures Command‘s Next-Generation Combat Vehicle Cross-Functional Team, said Dec. 18 during a virtual news conference. "That allows the industry to continue to innovate."

This concept opens the doorway into a wide sphere of possibilities regarding pressing technologies such as lightweight armor composites, AI-enabled sensors, guided or course-correcting ammunition, air and ground drone command and control systems, and unprecedented cannon attack and targeting innovations.

Where might innovation most be needed? One immediate thought is for industry, academia, and weapons innovators to explore ways of resolving or reconciling a paradox or contradiction built into future armored vehicle considerations. Can a vehicle be built with the right mix between the seemingly opposite attributes of speed, expeditionary warfare capacity, and maneuverability versus survivability? Perhaps lightweight composite armor materials have progressed to the point wherein Abrams-like levels of heavy armor survivability can be achieved at much lighter weight? Perhaps not? Calculating, examining, and making these kinds of developmental tradeoffs encompasses the delicate blending of scientific promise with creativity and the realm of the possible.

For example, many future armored vehicle developers have for years looked toward active protection systems, high-speeds and maneuverability, and elaborate, long-range sensor systems to detect, track, and eliminate attack threats. Perhaps a vehicle fast enough to maneuver into combat advantageous positions might have less of a need for heavy armor?

Perhaps a new generation of AI-enabled long-range sensors and targeting systems, coupled with manned-unmanned teaming or an ability to operate drones, might succeed in keeping armored vehicle crews alive amid heavily mechanized warfare? Maybe an armored vehicle can reach the necessary level of combat functionality by operating at a safe standoff distance while controlling a small fleet of attack and reconnaissance drones?  However, given the longer and longer ranges at which guided enemy weapons such as missiles or even cannon fire can travel, the prospect of operating at a safe standoff distance is certainly becoming much more complicated, if not challenged.

Therefore, despite some of the mobility and speed restrictions associated with platforms such as the Abrams tank, many maintain that heavy armor is here to stay … as it can still provide a wide range of unparalleled advantages in warfare.