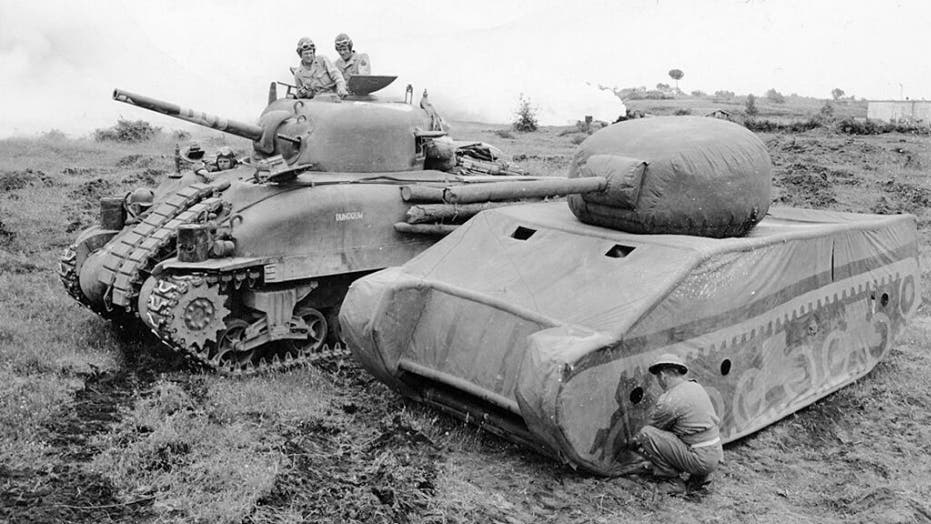 You could call it a contradiction in terms, or even a paradoxical blending of opposites — the Army is now building a lightweight, highly lethal future armored tank that is easy to maneuver while being able to withstand dangerous enemy attacks and offering protection equal to or better than a 70-ton Abrams tank.

This goal lies at the center of the Army’s Next-Generation Combat Vehicle (NGCV), a family of new combat platforms now being developed by the service for future warfare. Its key goals are expeditionary, lightweight, fast, using artificial intelligence, potentially unmanned, extremely lethal and perpetually upgradeable. The effort involves building new infantry carriers, tanks and robotic vehicles networked together as part of an integrated tactical maneuver strategy.

“There’s going to be a need for a mechanized, or armored vehicle in the future, it’s just what exactly that looks like," Army Vice Chief of Staff Gen. Joseph Martin told Warrior Maven in a 2019 interview. "We’re looking at leveraging the technology that’s available in the metallurgical development field so that we can have the lightest vehicle possible, but also the most survival vehicle as possible.”

Challenged by the Army’s emerging NGCV requirements, the Army Research Laboratory is now working to engineer and build new, lightweight yet survivable vehicle parts such as brackets, turret components, propulsion systems and weapons, using “additive manufacturing” or 3D printing technology. In particular, the effort includes the exploration of lightweight metals such as titanium, titanium alloys and hybrid ceramic tile/polymer-matrix composites.

“Titanium is lightweight and has a specific strength to weight ratio. Titanium is half the weight of other metals currently in use,"  Dr. Brandon A. McWilliams, Materials Engineer, Lead for Metals Added Manufacturing, Army Research Lab, Combat Capabilities Development Command, Army Futures Command, told Warrior in an interview, Aberdeen Proving Ground, Md. "With additive manufacturing, the costs can come down and make business sense.”

Certain elements of lower-cost titanium have already been in use for several armored vehicle applications such as up-armor for the Abrams tanks and the Commander’s Hatch in the Bradley Infantry Fighting Vehicle. However, this integration has been minimal and largely peripheral. Army engineers working on future combat vehicles are now calling for more titanium for large and vital elements in combat vehicles, in part because 3-D printing can deliver it in a more efficient, lower-cost fashion.

Interestingly, using more titanium for military vehicles is emphasized and anticipated in a 1997 essay, entitled “Low-Cost Titanium Armors for Combat Vehicles.” The essay, published in JOM, states “future-vehicle hull and turret will have to be manufactured using more ballistically efficient materials than rolled homogeneous steel armor. Low-cost titanium, with its good mechanical, ballistic, and corrosion properties and acceptable fabricability, offers the overall best alternative to achieving this objective.”

This was published years before “additive manufacturing” existed. Unlike traditional or more standard manufacturing techniques, new combinations of materials can be explored, or even created, using computer modeling as the essential step prior to printing parts with 3-D printing.

“It can be like organic designs. The computer will design it, and that will help drive down the weight," McWilliams added. "We know our vehicles need to be lighter; we want to be able to drive across bridges, put more munitions in the vehicle and carry more soldiers. These are big drivers for NGCV.”

With the right sensors to detect or knock out threats at farther ranges and lighter weight protection materials, future tanks and infantry carriers might be able to operate at much higher speeds.

“As we look at the future of the mechanized fleet, the armored fleet, what we want to do is we want to take a look at what’s the right platform or platforms to replace our Bradleys and our tanks," Martin explained. "So, we’re looking at things like optionally-manned vehicles--think about a vehicle that could be manned or could be robotic and could be controlled from elsewhere, could operate autonomously or not autonomously.”

Without a need to carry a crew, unmanned vehicles can fit more ammunition, weapons or forward-operating communications equipment. With this and other combat advantages in mind, Army developers are fast-advancing an essential future concept of operations, called manned-unmanned teaming.

The strategy, ARL developers explain, is aimed and bringing new tactical advantages to offensive and defensive warfare operations -- wherein manned-armored vehicles can simultaneously operate unmanned systems to perform a wide range of high-risk missions. These include an ability to operate while under enemy fire, bring forward-positioned sensing, ammunition and supply transportation and -- in some instances while operating under human direction -- deliver or fire weapons. Much of this is increasingly brought to fruition through emerging AI-enabled computer technology.

“This will involve groups of soldiers working with groups of autonomous vehicles, some of which are ground and some of which are air vehicles. It is a team of not just one soldier but teams of soldiers. It could be for reconnaissance missions, logistics missions or other combat operations. You are adding flexibility due to the team aspect,” Dr. J. Corde Lane, Director of the Human Research and Engineering Directorate, Army Research Laboratory, Combat Capabilities Development Command, Army Futures Command, told Warrior in an interview.

“We’ve got a great Next Generation Combat Vehicle team there," Martin added. "They’re looking at the requirements, they’re starting to work to prototype equipment in the future, and that’s going to allow us to arrive at the appropriate solution, just like we did with the Abrams tank back in the mid-70s.”