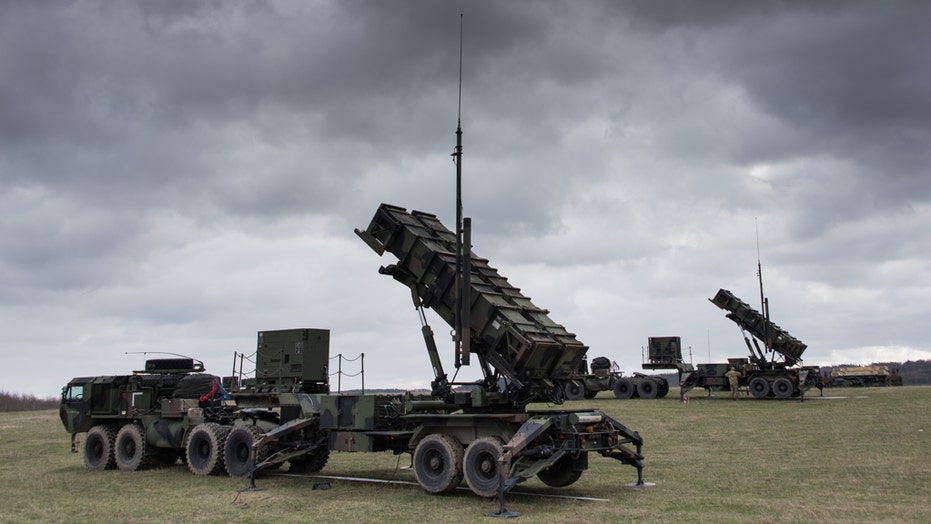 Imagine cruise missile threats streaming through the air toward multiple vulnerable targets. As that happens, radar nodes light up across a wide-spanning territory as an airborne F-35 senses the attack. The stealth fighter then hands off targeting data to ground-based U.S. Army Patriot interceptor missiles, knocking the approaching missiles straight out of the sky and destroying the attacking threat.

IBCS is a fast-emerging technical system engineered by Northrop Grumman to network radar and sensor nodes throughout wide-ranging air, ground and sea operating environments as a new interwoven, or meshed, air defense network.

“IBCS is in theory the ability to link multiple sensors to an air defense system. Right now, if a defense system is a Patriot missile, you have a Patriot radar. If it’s a THAAD (Terminal High Altitude Air Defense), it has a TPY-2 THAAD radar. We’ve got several radars for different systems. IBCS brings the ability to take any sensor and link it to just about any air defense system to include some of our artillery sensors and counterfire sensors,” Gen. John Murray, Commanding General of Army Futures Command, told Warrior in an interview.

“As one sensor loses sight of the threats, and each will at some point—the targets are acquired by other sensors on the ICBS Integrated Fire Control Network. The weapons operator sees every change in altitude and direction as the two surrogate missiles painted tracks across their screens,” a Northrop statement said.

This kind of operational use for the F-35 represents an interesting manifestation of part of the vision for the F-35, namely that as a multi-role fighter it can function as an air-ground attack platform as well as an aerial sensor node able to perform drone-like ISR missions. The aircraft’s Distributed Aperture System, for example, combines electro-optical sensor data from 360-degrees surrounding the plane; the data is aggregated and organized for pilots by on-board computer automation performing what’s often referred to as a “sensor fusion” function. The F-35 uses an Electro-Optical Targeting System in conjunction with DAS and a database of known threats called “Mission Data Files” to find targets. This means that, when it comes to operations, an F-35 could use its long-range sensors to detect a threat object, bounce the data off of a pre-existing database of known enemy assets, and instantly determine what kind of threat might be approaching. This performs a rather substantial combat function, as it could enable an F-35 to cue ground-based radar and air defenses about specific enemy attacks from long ranges beyond the horizon.

Murray explained to Warrior that this kind of integrated sensor-fire control network brings new dimensions to a heavily emphasized strategic approach for the Army and the Pentagon -- multi-domain operations. Longer range weapons and increased adversary air-ground-sea coordination present an entirely new sphere of threats. An F-35 could, along with nearby drones or even satellites, track warfare information and network with surface ships or ground-based artillery. As one senior Army official once described it, “when it comes to artillery, it does not matter if the target is on the ground or at sea,” meaning that ground-based weapons can launch maritime, ground or even air attacks all in coordination.

“A Multi-Domain Operations Concept will transition into a new doctrine to replace AirLand Battle (a cold war air-ground attack doctrine). A concept is a concept because you don’t yet have all the tools to execute it, so there are certain things related to operations that we don’t have yet. It is important to think about what comes next, If technology continues to evolve at the rate it is evolving, and there are indications that it is going to, you have to look out into the future. If you don’t start thinking about it, it is going to be here before you know it and you are going to be behind,” Murray said.