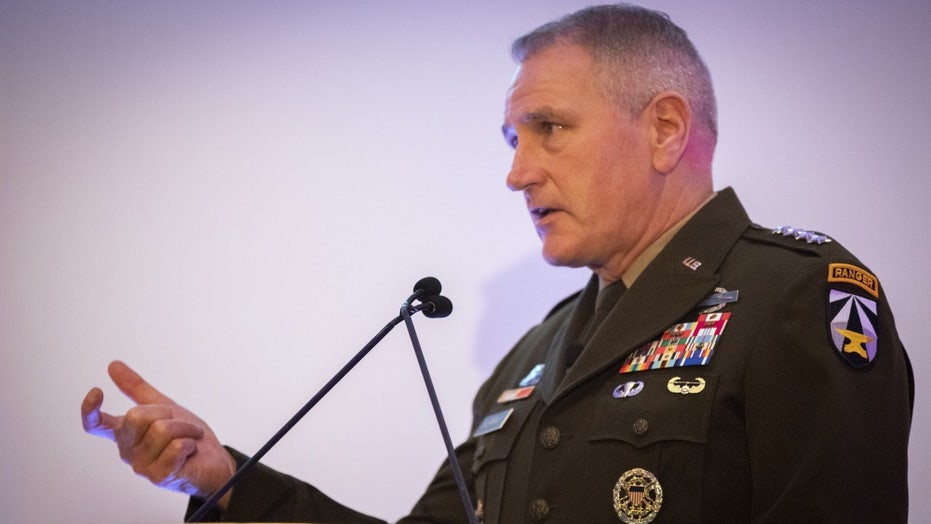 Lt. Gen. Todd Semonite, Army Corps of Engineers, discusses the role of the military in combating coronavirus and where he expects the next 'hotspots' to be

Warrior Maven: How is the COVID pandemic impacting weapons development?
Murray: What I am laser-focused on is we have promised these capabilities to soldiers at a certain point in time -- called First Unit Equipped. None of that has slipped, so we are making up schedules and doing many things at a time.

Warrior Maven: What are some of the challenges to modernization posed by coronavirus?
Murray: I’m talking to a lot of CEOs regarding understanding where industry is not only in terms of the primes but also the subs. Some of the issues are supply chain issues and that is where we are seeing them (subs). If you have dual-use suppliers, especially in the commercial aviation industry, which is getting crushed right now as you would imagine, there can be challenges. When it comes to these smaller suppliers of a dozen people, or 15 people ... if one of them gets infected the company effectively shuts down for 14 days. Industry is doing a phenomenal job keeping their eye on their subs. We have a better sense for all of the critical suppliers throughout the defense industry than we have ever had. This has been very valuable for us to learn.

Warrior Maven: What, so far, has been the COVID Impact on some of the particular modernization priorities?
Murray: We have 609 programs in the Army. Dr. Bruce Jette (Assistant Secretary of the Army - Acquisition, Logistics and Technology) is focused on all 609. I focus on key modernization priorities consisting of what we commonly refer to as 31 plus 3 signature systems. Future Vertical Lift is always one of them, Long Range Precision Fires, Next Generation Combat Vehicle, Air and Missile Defense, the Network and Soldier Lethality. In those 6 priorities, we keep an eye on schedules and programs as it changes pretty much every day. In many cases it is easier because almost all of that is still in development. Recovering schedules when you are still in development is easier than a recovery schedule when you are bending metal and in production.

Warrior Maven: What is an example of one of the many programs you are closely tracking?
Murray: One of a few things we are keeping a close eye on in terms of air and missile defense is IBCS (Integrated Battle Command System) which is in theory the ability to link multiple sensors to an air defense system. Right now, if it is a Patriot, you have a Patriot radar, if it’s a THAAD, it has a TPY-2 THAAD radar and we've got several radars for different systems. IBCS enables an ability to take any sensor and link it to just about any air defense system to include some of our artillery sensors and counterfire sensors. That is the theory behind it. We have been working on this for a long time and we had scheduled a LUT (Limited User Test).

Warrior Maven: Is there an example of a program that is experiencing a developmental impact?
Murray: IVAS (Integrated Visual Augmentation System), which is under soldier lethality (Soldier Lethality Cross Functional Team), includes next generation goggles … thermal imagers with the weapons sights. All your blue force trackers are woven into that augmented reality ... you operate with it, you train with it. It is a pretty amazing capability. There is a really unique way we are developing it. It was three-week sprints with soldiers and engineers working together. Soldiers mostly from Joint Base Lewis-McChord out in Washington state get together with soldiers for direct soldier feedback to the engineers that are developing it. Soldiers go away for three weeks, come back and offer soldier input ... then we repeat. That has been going on for a year and a half. It is very difficult when you have to be six feet apart. So that is slipping a little bit.

Warrior Maven: I understand the Army is already beginning to think about the long-term impact the pandemic may have upon Army weapons and technology development?
Murray: Is this a new normal? ... I don't know. I guess the last major pandemic was 1918. I doubt we are going to make major adjustments based on something that is going to happen once a century, but it is a question of whether you believe that or not.