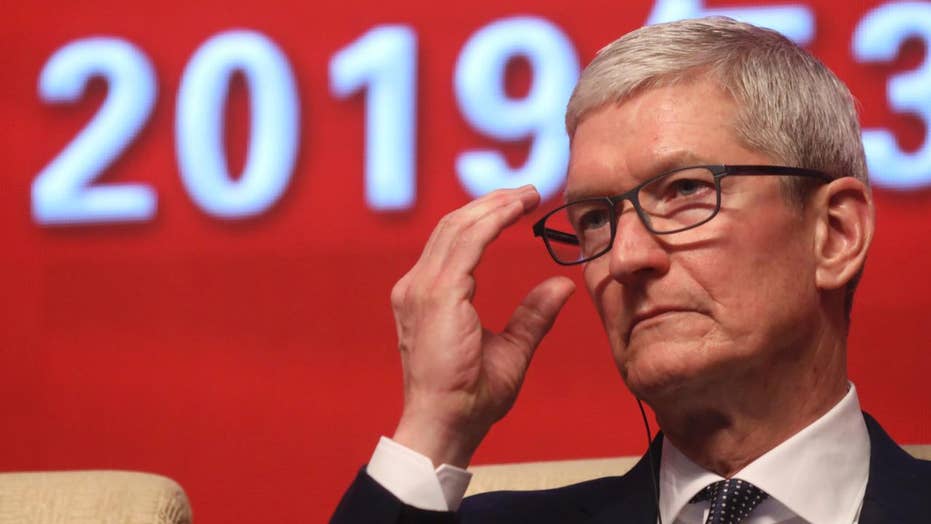 Apple unveiled several new services on Monday, including its video streaming, news subscription and video game offerings, as it looks to boost revenue from its services segment and usher in a new era for the tech titan.

CEO Tim Cook took the stage at the Steve Jobs Theater in Cupertino, Calif. and kicked off the event, telling the audience that Apple's services, such as iCloud, Siri and Apple Maps are helping to "enrich their [customer's] lives," noting that Apple does the integration of hardware, software and services "better than anyone else." He also said that Apple's services are "private and secure," gathering applause from the audience.

Cook announced that magazines would be coming to Apple News, the number one News App. "They feature the work of some of the world's best journalists," Cook said, touting the new service, known as Apple News+. Some of the magazines include Time, Vogue, People, National Geographic among others, according to logos that appeared onscreen.

In total, there will be more than 300 magazine offerings inside Apple News+ at launch, Roger Rosner, Apple's VP of applications said during the announcement. Apple News+ will also offer digital subscriptions to news outlets such as the Los Angeles Times, TheSkimm and The Wall Street Journal. The Wall Street Journal and Fox News have similar ownership structures and Fox is a minority investor in TheSkimm.

"If you were to subscribe to each of these individually, it would cost you $8,000 a year," Rosner continued, before unveiling the $9.99 a month cost. An Apple News+ subscription can be shared with family members at no extra cost, Rosner said. It's available starting today in the U.S. and Canada, with the service coming to Australia and Europe, starting with the U.K., later this year.

Cook then touched on a new credit card offering from Apple, unveiling a new service known as Apple Card. Apple Card was created by Apple and built on ideals the company values, such as privacy, simplicity and transparency, Cook added.

VIDEO SHOWS IPHONE SHREDDED TO DUST IN A BLENDER, ALL IN THE NAME OF SCIENCE

Jennifer Bailey, VP of Apple Pay, said the card would be available immediately in the Wallet app (no waiting for cards in the mail) and can be used wherever Apple Pay is accepted. For retailers who do not accept Apple Pay, Apple created a physical credit card as well.

If users need help with something, such as changing an address or questions about a certain transaction, they can text Apple right in iMessages, the press release read. Fox News reached out to Apple for further comment.

Bailey said Apple Card would offer 2 percent cash back, a feature that would be credited every day. "Every time you pay using Apple Card, you get daily cash," Bailey said, adding that it works like real cash and can be used anywhere. If someone buys something from Apple, the amount of cash back increases to 3 percent. However, the cash back if a user uses the physical card drops to 1 percent.

Bailey also said the goal is to make it easier to pay down the balance, adding that it will have lower interest rates and no penalty interest rates. Apple has partnered with Goldman Sachs and Mastercard for its global payment network.

Reiterating the privacy theme, Bailey said Apple does not know what you bought and Goldman would never share or sell your data for third-party advertising.

Cook retook the stage at the event to unveil its new service for app-based video games, known as Apple Arcade, which will help developers of the more than 300,000 games in the App Store.

The service, which will be available this fall, will give Apple devices users access to over 100 exclusive games, accessible right in the App Store. It's the first subscription for mobile, desktop and living room games, Apple said during the presentation, adding that it was even financially backing some efforts for the new service. Like Apple News+, it will offer family sharing, a focus on privacy and be available across devices.

Pricing details were not mentioned.

Saving perhaps the most interesting announcement for last, Apple unveiled a redesigned TV app with new features to make watching TV and movies easier, as well as its new streaming service, Apple TV+.

Apple TV+, which will feature ad-free shows from Hollywood heavyweights such as Steven Spielberg, JJ Abrams, Reese Witherspoon and others, will be available this fall. Oprah Winfrey also announced she is partnering with the company, telling the audience she is working on two documentaries - one that will focus on toxic workplace cultures (specifically sexual harassment) and the other on mental health.

No pricing for the service, which will be available in over 100 countries, was announced.

A new feature inside the TV app, known as Apple TV Channels, was also announced and will let users pay for what they want to watch, including channels as such as HBO and Starz, or services such as Hulu or Prime Video. The new TV app is personalized, using machine learning to "help users find their next favorite show," Peter Stern, VP of services, said during the presentation.