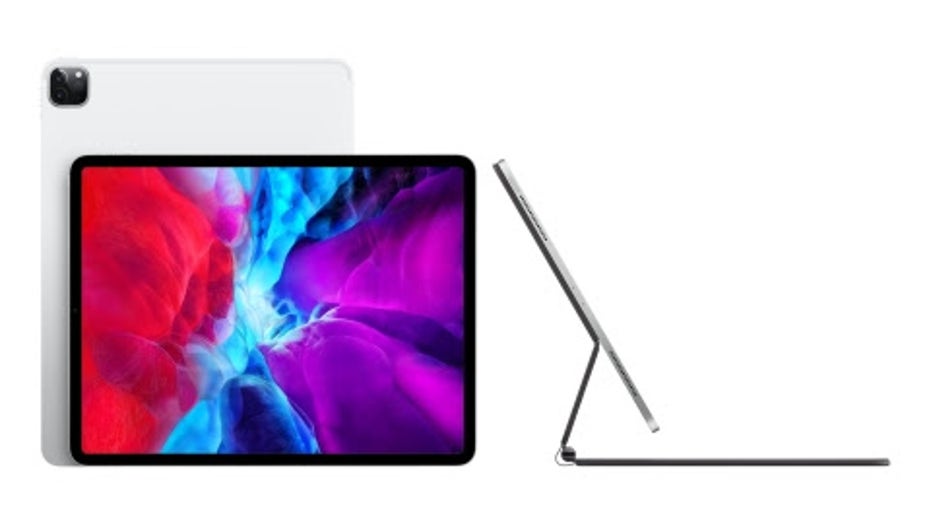 Apple announced a bevy of new products on Wednesday, including a cheaper MacBook Air and a new iPad Pro that has the capability of scanning real-world objects.

The new iPad Pro, which will come in an 11-inch and 12.9-inch model, comes with a LiDAR scanner in its camera system that can be used to measure the distance of objects in the room, the tech giant said. It will utilize Apple's new A12Z Bionic chip.

“The new iPad Pro introduces advanced technologies never before available in mobile computing,” said Phil Schiller, Apple’s senior vice president of Worldwide Marketing, in the release. “Combining the most advanced mobile display with powerful performance, pro cameras, pro audio, the breakthrough LiDAR Scanner and new Magic Keyboard with Trackpad, this is another huge leap forward for iPad. There’s no other device in the world like the new iPad Pro and we think our customers are going to love it.”

IN CORONAVIRUS' WAKE, APPLE SAYS IPHONE USERS CAN USE DISINFECTING WIPES AND ISOPROPYL ALCOHOL ON THEIR DEVICES

The LiDAR (Light Detection and Ranging) will combine depth points from the scanner, data from both the cameras and motion sensors to give a "more detailed understanding of a scene" and "a whole new class" of augmented reality experiences, Apple said in its release.

LiDAR is also used extensively in other applications including autonomous cars, where it allows vehicles to have a continuous 360 degrees view.

The new iPad Pro tablets have up to 10 hours of battery life, new additional cameras used for 4K video recording and an ultra-wide-angle lens that allows users to zoom. The 128GB 11-inch and 12.9-inch models start at $799 and $999, respectively.

In addition, Apple announced a new keyboard accessory that lets people use the iPad Pro with a laptop-style trackpad, a Magic Keyboard. It will start at $299 for the 11-inch iPad and $349 for the 12.9-version. It will be available in conjunction with iOS 13.4, which is available for download on March 24.

Apple also unveiled a redesigned MacBook Air. The new laptop starts at $999 for a 256GB model, compared to previous models that started at 128GB.

“From students and consumers buying their first computer to customers looking to upgrade, everyone loves the Mac, and they especially love MacBook Air. Today we’re giving it a huge update, with two times faster performance, the new Magic Keyboard, double the storage, a new lower price of $999 and an even lower price of $899 for education,” said Tom Boger, Apple’s senior director of Mac and iPad Product Marketing, in a separate release. “With its stunning, thin and light design, brilliant Retina display, all-day battery life and the power and ease-of-use of macOS, MacBook Air is the world’s best consumer notebook.”

APPLE PATENTS SYSTEM TO STOP PEOPLE FROM LOOKING AT YOUR IPHONE

In addition to the lower price point, the MacBook Air is getting the Magic Keyboard, first introduced on the 16-inch MacBook Pro. The 13-inch model comes in three colors – gold, silver and space gray – and has clearer microphones, Retina display, an updated Intel processor and several other features, including Apple's T2 Security Chip for added security for Touch ID.

Apple also updated its Mac Mini computer. Starting at $799, the Mac Mini comes with double the storage capacity at 256GB and the $1,099 version has 512GB worth of storage.

The Tim Cook-led company did not unveil a new iPhone, despite rampant speculation earlier this year that it would do so. The new product announcements were issued via press release instead of Apple's usual March product event because of the coronavirus pandemic that has overtaken the globe.

Last week, Apple moved its developer conference, scheduled for June in San Jose, to an online conference in wake of the pandemic.