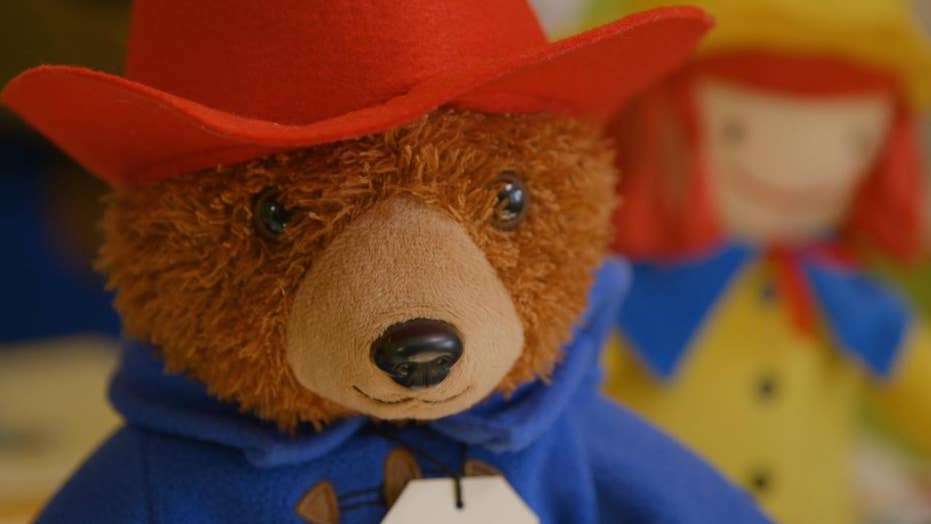 How toys like Babar and Paddington Bear are made

An inside look at a small-toy company that transforms classic storybook characters like the Paddington Bear into soft, plush toys for kids of all ages

YOTTOY, toy spelled backward and forward, is a real-life Geppetto's workshop tucked away in the middle of New York City. The small company transforms classic storybook characters into soft, plush toys for kids of all ages.

“We really love the messages that are in classic storybooks — stories like Paddington Bear, Corduroy the bear, Madeline,” Kate Clark, founder of YOTTOY told Fox News. “[They all] have wonderful messages that parents love, that grandparents remember and they want to share with their children and grandchildren.”

Clark founded YOTTOY in 1995 with her former colleague and toy designer Peter Doodeheefver. Together, they’ve produced some of the biggest names in classic toys — from favorites like The Velveteen Rabbit and Babar, to new personalities like Leonardo the Terrible Monster, from author Mo Willems.

“We also introduce contemporary toys that are going to become the classics of tomorrow [and that] are being read in elementary schools and libraries, and are proving really popular for us too,” Doodeheefver told Fox News.

Doodeheefver referenced Greg Pizzoli, another illustrator his company works with, who uses comedy in his books. For example, Pizzoli has written “The Watermelon Seed,” a story about what happens when a crocodile swallows a watermelon seed.

Doodeheefver and his designers may not carve toys out of wood like Mister Geppetto from “Pinocchio,” but they sculpt, sketch and sew original prototypes for fictional megastars like the curious and mischievous Paddington Bear.

“We started out with truly classic Paddington Bears, with yellow Wellington boots and his signature hat. And then we moved to the movie ‘Paddington’ with his marmalade sandwiches — just like in the movie,” Clark said.

To get Paddington’s look down for the big screen, designers at YOTTOY start by looking at images from the film and studying his expressions. Once they complete their initial drawings, they work on the colors, making them true to the character before they translate them into the fabrics they’ll use. During the process, they work closely with the studio illustrators to nail down every detail of the big fluffy bear.

“We'll study those eyes and the proportion of his face, and then work with those colors to get them just right … and that fur we want to get a little bit more accurate, too, from the water colors that we used to work with for that more digital look,” Doodeheefver said.

Paddington is recognized by droves of fans, but Clark wanted to introduce the famous bear to a fresh audience this year with the company’s new baby line.

“Paddington has been very popular with grandparents, with parents and with all ages of children,” Clark said. “The movie is totally a family film, both the original ‘Paddington’ movie and ‘Paddington 2’ that will be released in the coming year, so we wanted to bring Paddington to the youngest of Paddington fans.”

Most Paddington bears retail between $20-$75 depending on the size and retailer.