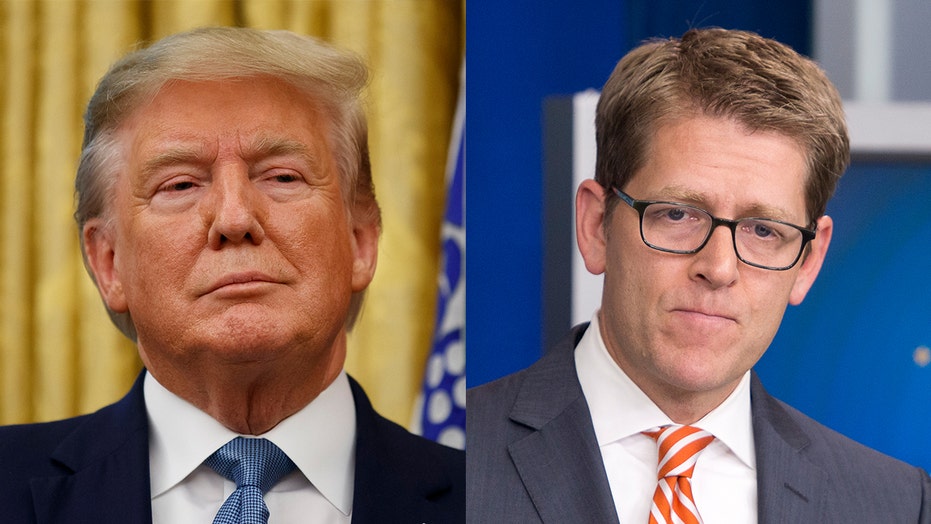 Amazon spokesman Jay Carney backtracked on Thursday after being called out for questioning the patriotism of the Trump administration.

"Virtually with no exception, everyone I dealt with in those administrations, whether I personally agreed or disagreed with what they thought were the right policy decisions or the right way to approach things, I never doubted that they were patriots. I never doubted that they believed they were doing things that were in the best interest of the country," Carney, who served as Barack Obama's press secretary, reportedly said on stage during the GeekWire Summit in Seattle. "I don't feel that way now."

He went on to slam the current administration's lack of honesty.

"I never lied," he said, referring to his time at the White House, according to Business Insider. "When you can't answer something or you don't have a good answer to give, you say, 'I'll take that question' or 'I don't have an answer for you.' You don't lie. And there doesn't seem to be that standard today."

Amazon spokesperson Jay Carney responded to criticism of his comments about the Trump administration. (Fox News)

President Trump's son Donald Jr. blasted Carney on Twitter and tagged Amazon in his response, writing: "Hey @amazon- So is it your companies [sic] official corporate position that the the thousands of Americans who work in the Trump Administration aren't 'patriots' because that's what your top spokesman (and former Obama hack) @JayCarney just said???"

Not long after, Carney tweeted what seemed to be a response to the president's son.

Trump has frequently criticized Amazon along with its CEO, Jeff Bezos, even referring to the publication that Bezos owns, The Washington Post, as "The Amazon Washington Post" -- usually following critical coverage of his administration.