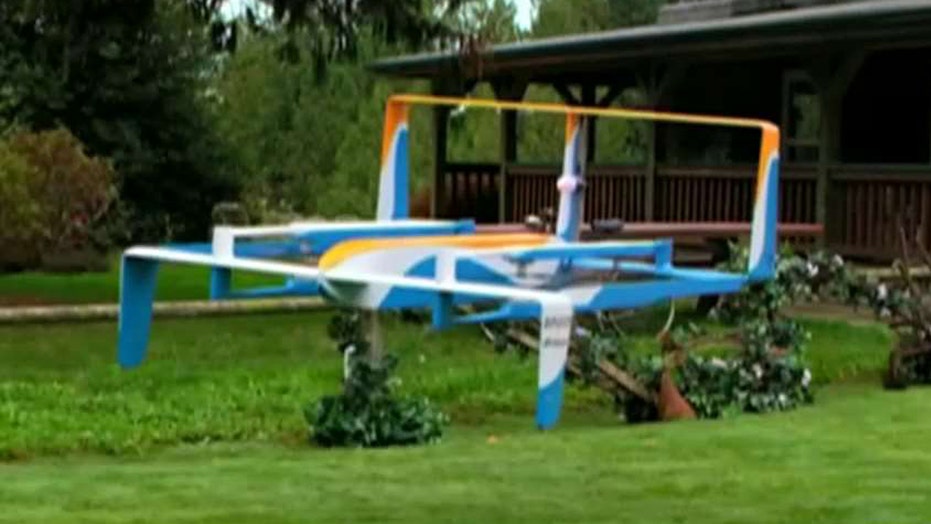 Amazon has showcased some of the prototypes for its ambitious Prime Air drone delivery plan.

In a statement posted on its website Sunday Amazon explained that the Unmanned Aerial Vehicles (UAVs), or drones, will get parcels safely to customers in 30 minutes or less. “It looks like science fiction, but it's real,” explained the retail giant. “One day, seeing Prime Air vehicles will be as normal as seeing mail trucks on the road.”

Amazon has developed more than a dozen prototypes in its research and development labs. “The look and characteristics of the vehicles will evolve over time,” it added.

Related: 'Bird' gadget lets you control a drone with your finger

Weighing less than 55 pounds and flying under 400 feet, the small drones will deliver packages weighing up to five pounds. The Prime Air UAVs will use sophisticated “sense and avoid” technology, as well as a high degree of automation, according to Amazon. The drones, it added, will safely operate beyond the [operator’s] line of sight to distances of 10 miles or even more.

The prototypes will help keep the commercial drone issue in the spotlight, according to drone expert Missy Cummings, associate professor in the Department of Mechanical Engineering and Materials Science at Duke University. “I think that it brings [drones] into peoples’ awareness, it brings it closer to us as a reality,” she told FoxNews.com.

Cummings noted, however, that while the technology for drone deliveries exist, regulatory issues present a major challenge to the likes of Amazon. “There’s no technical barrier to this happening, the only barrier is FAA regulation,” she said, adding that the industry is still waiting for rules governing commercial drone use.

In its statement, Amazon acknowledged that putting Prime Air into service will take some time. “We will deploy when we have the regulatory support needed to realize our vision,” it added.

In March, Amazon received permission from the Federal Aviation Administration to perform testing of its drone technology. The limited terms of the certificate, however, hardly opened the door for Amazon CEO Jeff Bezos to roll out his ambitious Prime Air plan.

A number of big-name companies, including Google and Walmart, are also keen to exploit drone technology.

Earlier this year, the FAA announced a drone testing program to study how drones are used for newsgathering, as well as in the agriculture and transport industries.