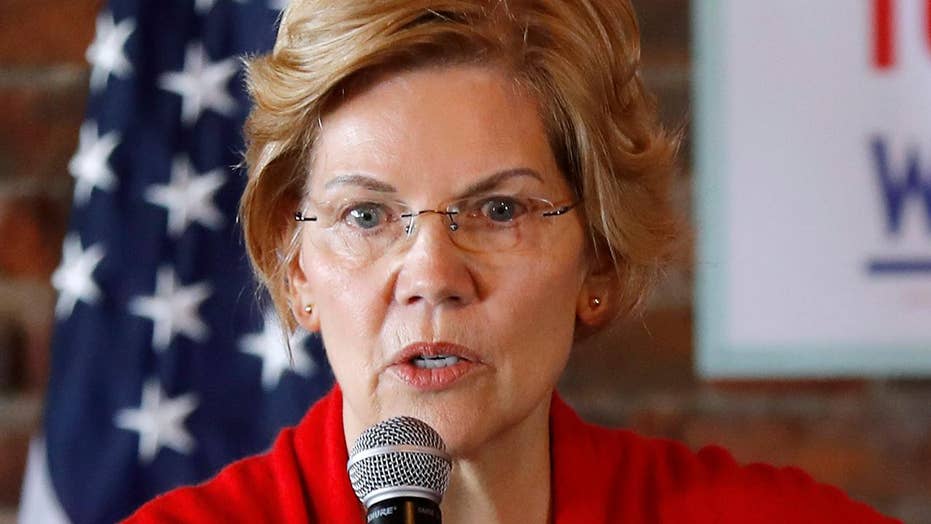 Sen. Elizabeth Warren has called for breaking up Amazon, Google and Facebook even as she raked in campaign donations from executives and employees of the big tech firms, according to a report on Tuesday.

The 2020 Democratic presidential candidate accepted at least $90,000 from employees of the three top-tier tech companies between 2011 and 2018, including a $2,700 contribution from Facebook’s chief operating officer Sheryl Sandberg, Politico reported.

The amount came from donors who gave at least $200 to her two Senate campaigns and who listed their employers, the report said.

Speaking at a rally on Friday in Long Island City, where Amazon backed out of building a second headquarters because of local opposition, Warren proposed that tech companies with annual global incomes of more than $25 billion could not own both “the platform utility and participants on that platform.”

It would force tech behemoths to spin off their companies and break up mergers like Amazon and Whole Foods, Google and DoubleClick, and Facebook and Instagram.

The Warren campaign, which has said it won’t accept donations from corporate PACs and big donor fundraisers, wouldn’t say if they would reject contributions from tech employees in the future.

“She doesn’t take PAC money and federal lobbyist money. She isn’t holding high-dollar fundraisers where people can buy access. She’s not auditioning for billionaires to start super PACs. And she is proposing breaking up some of the biggest tech companies in the country,” spokeswoman Kristen Orthman told Politico. “Clearly, she’s not influenced by their money.”