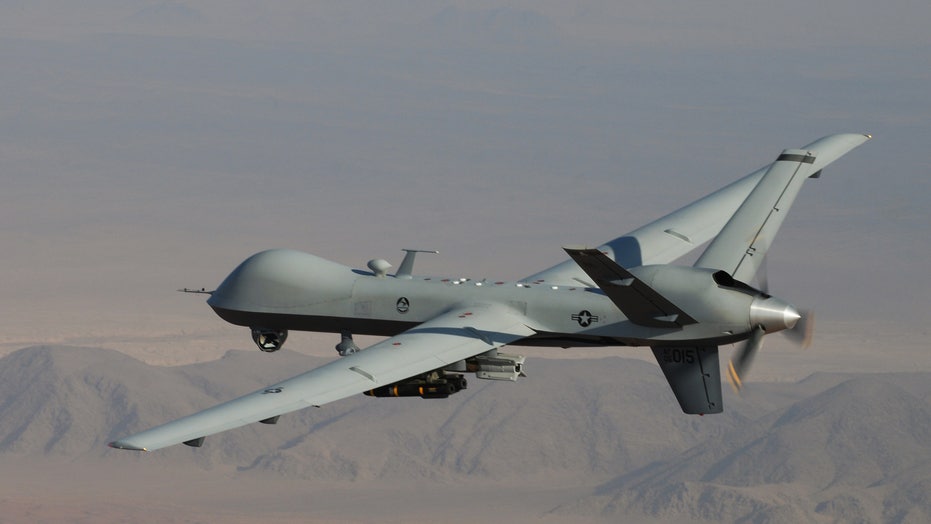 Lt. Gen. Michael Loh, director of the Air National Guard, joins in the celebration with members of the U.S. Air Force Band and Honor Guard at Joint Base Andrews.

The combat-tested Air Force Reaper drone can attack terrorists, destroy enemy tanks and target fixed infrastructure with precision-guided Hellfire missiles. It can even find high-value targets and quickly network warzone video and data to decision-makers on the ground. But what about air-to-air combat? Welcome to the future. The Reaper is about to become a "fighter plane."

The MQ-9 Reaper has now successfully destroyed a drone cruise missile target with the well-known and highly effective AIM-9X precision air-to-air missile. The AIM-9X fires from the F-35 as well as the F-22 and has in recent years been upgraded with improved precision-guidance technologies and “off boresight” targeting, enabling pilots to destroy enemy targets behind the aircraft. This is quite significant, as “off-boresight” technology can actually guide the AIM -9X to turn around and change course while in-flight using a pilot’s helmet-mounted cueing system. This massively expands the Reaper’s target envelope.

Engineering a Reaper for air-to-air combat missions does seem to represent a sensible and technically advanced evolution of the platform, greatly expanding its mission purview. Armed with an AIM-9X, a Reaper can perform new offensive or defensive operations by virtue of using the missile as an “interceptor” stopping approaching enemy cruise missiles or an offensive attack against enemy aircraft.

Given these possibilities, it seems quite likely that, should the weapon and surveillance systems be integrated, a Reaper could use its long-range, high-fidelity cameras to identify an enemy fighter jet, cargo aircraft or even a lower-altitude bomber. After doing so, the Reaper could directly destroy it, when commanded by a human decision-maker, without having to send details to another attack asset. Not only does this decrease latency but it also of course massively reduces sensor-to-shooter time.

While engaging in dogfighting or high-speed aerial maneuvering may not be super likely for a Reaper, adding these abilities will be important given that drones will soon be operated from the cockpit of a manned F-22 or F-35. This tactical possibility even further expands the mission envelope as a forward-operating Reaper could be directed to test enemy air defenses, conduct surveillance in high-risk areas under enemy fire and in some cases fire weapons when directed by pilots in the manned aircraft.

Adding the AIM-9X also further adds to the Air Force’s long-standing plan to increase mission possibilities and new weapons to the Reaper. In recent years, the Air Force has added new fuel tanks to the drone as well as new technology enabling fire-control and management of different weapons.

The Reaper now fires the AIM-9X in addition to the AGM-114 Hellfire missile, a 500-pound laser-guided weapon called the GBU-12 Paveway II, and GBU-38 Joint Direct Attack Munitions or JDAMs. These are free-fall bombs engineered with a GPS and Inertial Navigation Systems guidance kit.