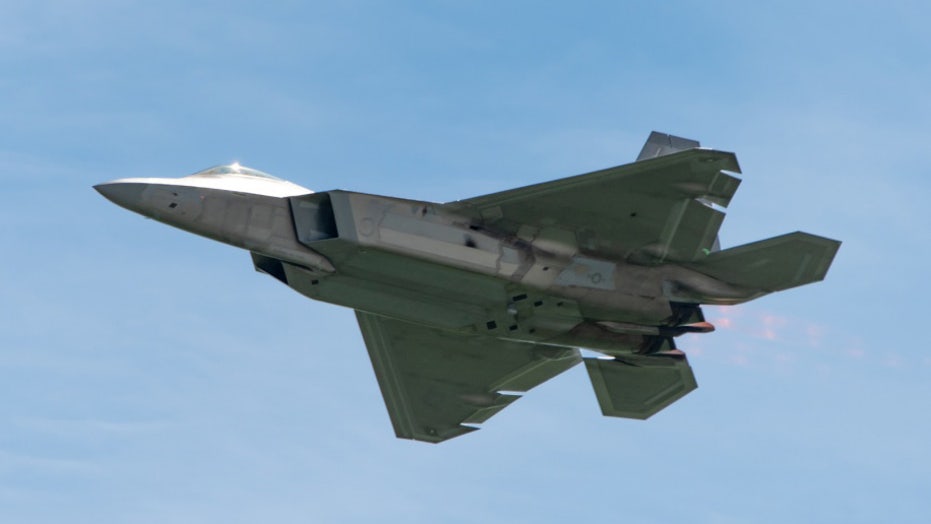 Despite the Air Force’s stated intention and the widespread assumption that a low-cost off-the-shelf Light Attack airplane would primarily perform counterinsurgency missions, it seems entirely conceivable that the plane could have limited uses for major power warfare as well.

The Air Force’s Light Attack Aircraft program, including both the Sierra Nevada-Embraer A-29 Super Tucano and Textron AT-6, seeks aircraft optimized for counterinsurgency and other types of warfare wherein the U.S. Air Force largely has aerial dominance. Given this mission scope, the planes are not intended to mirror the speed, weaponry or stealth attributes of a 5th-generation fighter - but rather offer the service an effective attack option against ground enemies such as insurgents who do not present an air threat.

The combat concept here, should the Air Force engage in substantial conflict with a major, technically-advanced adversary, would be to utilize stealth attack and advanced 5th-gen fighters to establish air superiority - before sending light aircraft into a hostile area to support ground maneuvers and potentially fire precision weapons at ground targets from close range. Over the course of history, there have certainly been instances wherein mechanized forces advanced into heavy combat while still maintaining air superiority. Fast-advancing infantry needing to maneuver through a complex battlespace in great power war wherein they will not only need ground-based supportive fire but also close air support similar to that which the Light Attack aircraft can provide.

Following an initial Air Force Light Attack aircraft experiment earlier in the developmental process, which included assessments of a handful of off-the-shelf options, the Air Force streamlined its approach and entered a 2nd phase of the program. The second phase included “live-fly” assessments of the aircraft in a wide range of combat scenarios. The service chose to continue testing two of the previous competitors from its first phase - Textron’s AT-6 and the Sierra Nevada/Embraer A-29 Super Tucano.

Now, amid some ongoing uncertainty as to the actual Air Force plan for the program, the service appears to be surging ahead with two options; earlier this month, the service announced it would “sole source” A-29 Super Tucanos and Textron’s AT-6 Wolverine. A formal solicitation from the Air Force says, “It is anticipated that formal solicitation will be released in May of 2019, and a contract will be awarded in the fourth quarter of FY19.”

The emerging aircraft is envisioned as a low-cost, commercially-built, combat-capable plane able to perform a wide range of missions in a less challenging or more permissive environment. The idea is to save mission time for more expensive and capable fighter jets, such as an F-15 or F-22, when an alternative can perform needed air-ground attack missions – such as recent attacks on ISIS.

Air Force officials provided these Light Attack assessment parameters to Warrior Maven, during an earlier analysis phase of the program.

US-trained pilots with the Afghan Air Force have been attacking the Taliban with A-29 Super Tucano aircraft, a platform which seems well-suited for the Air Force’s intended mission scope. Its integrated weapons and laser-firing technology enable the platform to both lay down suppressive fire in support of advancing infantry as well as pinpoint targets for precision strikes. This mission envelope seems to enable a wide sphere of operational possibilities, to include counterinsurgency and great power challenges.

Super Tucanos are also equipped with 70mm rockets, air-to-air missiles such as the AIM-9L Sidewinder, air-to-ground weapons such as the AGM-65 Maverick and precision-guided bombs. It can also use a laser rangefinder and laser-guided weapons.

The Super Tucano is a highly maneuverable light attack aircraft able to operate in high temperatures and rugged terrain. It is 11.38 meters long and has a wingspan of 11.14 meters; its maximum take-off weight is 5,400 kilograms. The aircraft has a combat radius of 300 nautical miles, can reach speeds up to 367 mph and hits ranges up to 720 nautical miles. Its range of 300 nautical miles positions the aircraft for effective attacks within urban environments or other more condensed combat circumstances.

The Textron Aviation AT-6 is the other multi-role light attack aircraft being pursued by the Air Force. Like the A-29, the aircraft’s weapons and communication technologies position it for a wider swath of combat missions than may have initially been intended for the program. The AT-6 uses a Lockheed A-10C mission computer and a CMC Esterline glass cockpit with flight management systems combined with an L3 Wescam MX-Ha15Di multi-sensor suite which provides color and IR sensors, laser designation technology and a laser rangefinder. The aircraft is built with an F-16 hands-on throttle and also uses a SparrowHawk HUD with integrated navigation and weapons delivery, according to Textron Aviation information on the plane.