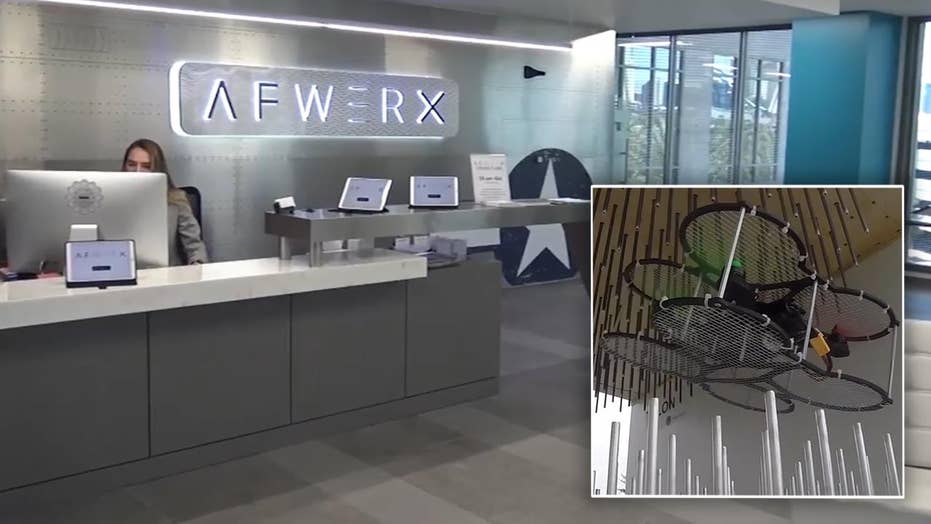 LAS VEGAS – It could take years for an innovative tech idea to get final approval from the U.S. Air Force.

But the military branch created a conduit that will push ideas to the top faster – eliminating layers of red tape and a protracted approval process that basically green lights ideas once they are almost obsolete.

AFWERX, which opened last month in Las Vegas, is a publicly funded space, or “innovation hub,” for anyone who wants to pitch an idea and begin working on it with the backing of the U.S. Air Force. It serves two purposes – to help the Air Force find long and short-term solutions to problems it faces and to help entrepreneurs pitch their inventions to the right people.

“We don’t have to go through the same hoops the government does,” said AFWERX Vegas director Mark Rowland.

Anyone can make a pitch at the innovation hub as long as the entrepreneur is offering a project that can be used in the Air Force. If chosen, the hub offers mentors that will guide them through a fast-track program that will help them get their startup off the ground.

The idea is not seen as an effort to bypass the approval process, but to accelerate it.

“Imagine if the current acquisition process is a snail, we will actually give that snail a jetpack,” Rowland said.

At a two-day competition for over 60 start-ups and tech companies to come up with ideas to secure U.S. military bases, exhibitors presented ideas from camera swarms to attack drones to flexible body armor. They each gave live demonstrations and were given five minutes to sell their technology on stage.

“Our job is to build the structure and culture of innovation. We have to convince and teach innovators that their innovative ideas are scalable and reachable,” said Maj. Gen. Bradley D. Spacey of the U.S. Air Force. “The most junior people within the Air Force may have the most knowledge, but don’t have the authority to take their innovations to the next level. We aim to change that.”

If a team’s idea is selected by the Air Force, it could secure a highly coveted military contract.

Officials from companies like Protective Innovations showed up to demonstrate their inventions. The company came up with a device that detects an active shooter’s location the same way a fire alarm detects smoke. That has become an issue in recent school shootings, where police were unable to find the location of the shooter – likely costing lives.

“In a fire, there’s no delay for a 911 call, there’s no need for someone to pass detailed information. The fire alarm sounds an alarm for people in the building and sends it to the fire department,” said Chris Perrine, CEO of Protective Innovations and former Air Force officer. “We’ve done exactly the same thing using exactly the same network, so if gunshots were fired in this building right now, an alarm would sound so we could protect ourselves and the Las Vegas PD would receive a notification with the address and room number of the emergency.”

Another team seeking a military contact was Target Arm. The company refuels and rearms drones in recovery missions while they are flying in the sky – rather than have the drones return to their departure spot.

“You’ve got to be looking for innovators, like all of us here at AFWERX, to bring in that new technology,” said Jeff McChesney, the company’s CEO and founder. “AFWERX gives us the ability to say: ‘Air Force, we can help you move faster, we can help you innovate quicker, we can bring solutions to the war fighters as fast as the enemy is bringing their own systems on board.’”

A new hub will also open in Austin with future expansions planned in other cities.